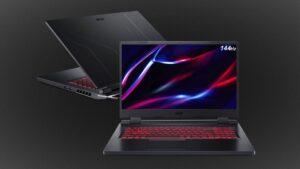 While Intel’s Alder Lake processors have been dominating the performance charts, there are cases where you’ll very much appreciate the benefits of the Ryzen 6000H series. Acer is trying to include both manufacturers when it comes to its gaming laptops, with the Nitro 5 brand finally introducing AMD hardware to its 17.3-inch Nitro laptops. Other stuff, like the GPU selection, remains the same, so gaming performance will largely stay the same. 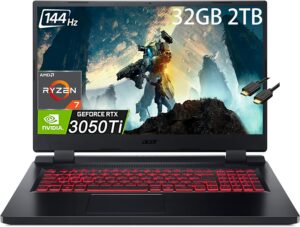 The Nitro 5 has been one of the better-looking devices in 2022, with a solely black chassis made of plastic and some accents on the lid in blue and red, which give back some of the gaming appeal, as the new design features simpler lines, sharp edges and rounded corners. The backside still keeps the more aggressive-looking vents on the back, which also extend slightly, so when the device is opened it does look quite good. Durability is also excellent, as, despite the solely plastic body, both the lid and base are sturdy and feel good. As this is a 17.3-inch device, it doesn’t shy away from being heavier, as the Nitro 5 brings a weight of 3.00kg and a profile of 27.9 mm. 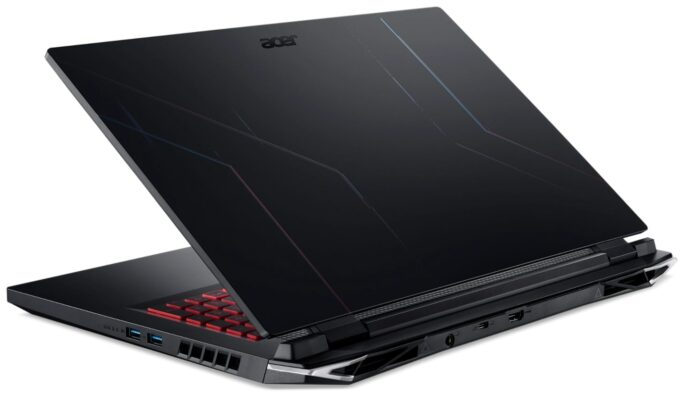 The display selection includes a FHD IPS panel with a 144Hz refresh rate and a QHD IPS panel with a 165Hz refresh rate. We’ve tested both and determined that the QHD panel comes with better color coverage and accuracy, so your games will look better, which is a large part of the immersion. Also, if you’re a Creative professional and want one device to double as your workstation and entertainment setup, you’ll find the higher resolution to be pretty good for productivity. 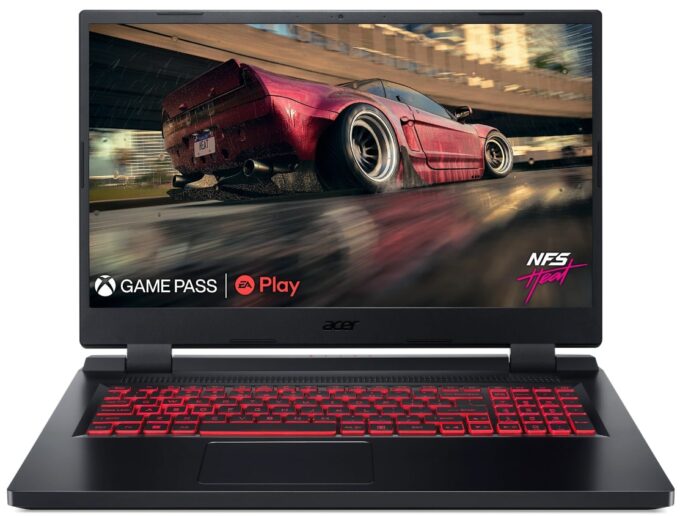 The laptop has a base configuration that features a Ryzen 7 6800H, an octa-core processor with 16 threads, and a boatload of cache. While not as powerful as the Core i7-12700H, it brings amazing efficiency to the table, so battery life should be a lot higher, as we’re sure the 90Wh battery will offer a lot of time on standby.

AMD’s Ryzen processors have also shown that they offer more performance on battery, however, we don’t think it would be the smartest idea to carry around 3 kilos on your back. Then again, you might enjoy the workout. There’s also the Ryzen 9 6900HX, which brings higher wattage on paper, however, all CPUs in 2022 can spike up higher depending on the conditions, so it’s more of a marketing grab than anything else. The only advantage that the Ryzen 9 brings is slightly higher clock speeds.

For graphics, the base model offers the RTX 3050 with a 95W power limit, but you can go as high as the RTX 3070 Ti, which is the highest we would go in any laptop, as the gains from there are incremental at best, while the price increases are massive. The power limits on 2022 Nitro 5 laptops are the highest that we’ve seen for the brand, so we’re very happy that Acer is finally competitive with the Legions 5s and the TUFs of the world. The Nitro 5 is one of the most improved notebooks in 2022, so it’s rightfully enjoyed tremendous popularity.