NVIDIA GeForce GT 650M, codenamed “N13E-GE”, is a mid-range graphics chip, announced in late Q1 of 2012. It is part of the Kepler generation and relies on a GK107 core, constructed through a 28nm process. It consists of two shader blocks, known as SMX, and each of those has 192 smaller shader cores, also known as CUDA, for a total of 384 CUDA cores.

All of them operate at a base 735MHz. NVIDIA has included the Turbo Mode functionality in the chip and depending on laptop’s cooling facilities, the frequency can increase up to 900MHz. 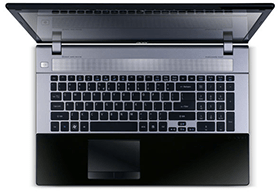