Inside Acer Nitro 5 (AN517-51) – disassembly and upgrade options

After the Nitro 5 (AN515-54) has won our Best GTX 1660 Ti laptop award, it was time to check out its 17-inch brother. Honestly, on the inside, it seems like they have just taken the motherboard from the 15-inch model and put it into the bigger one. Take a look.

Check out all Acer Nitro 5 (AN517-51) prices and configurations in our Specs System or read more in our In-Depth review. 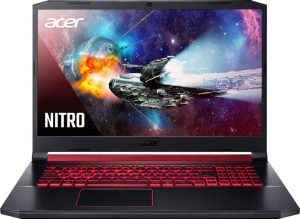 There are 12 Phillips-head screws that hold this notebook’s bottom panel in place. After you unscrew them, there is a slow prying process, that requires you to pop every single clip before you will be able to lift the plate up. Keep in mind that the exhaust grill cover must come off as well. 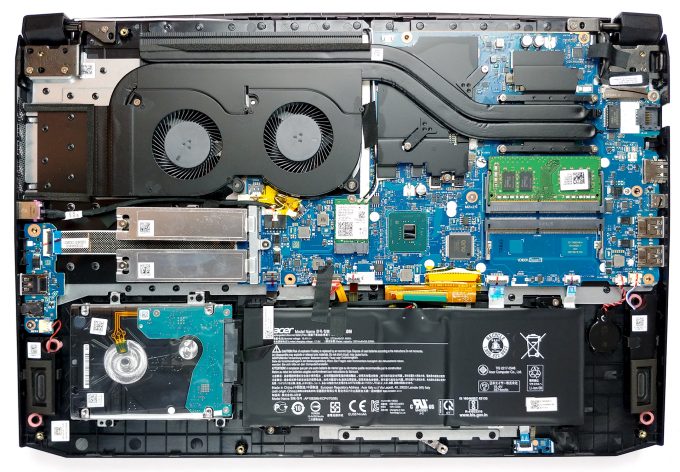 Last, but not least, is the 57.5Wh battery pack. It is a shame that Acer didn’t utilize more of the free space inside. On the bright side, it is extremely easy to take the battery out, as there are only two screws that keep it attached to the chassis. Just don’t forget that the battery is the first thing you need to unplug in your machine.

In terms of memory and storage, this is one of the great notebooks out there. First, it supports 32GB of memory via two RAM DIMMs. Next, there are two M.2 PCIe slots and an additional 2.5″ SATA drive slot. 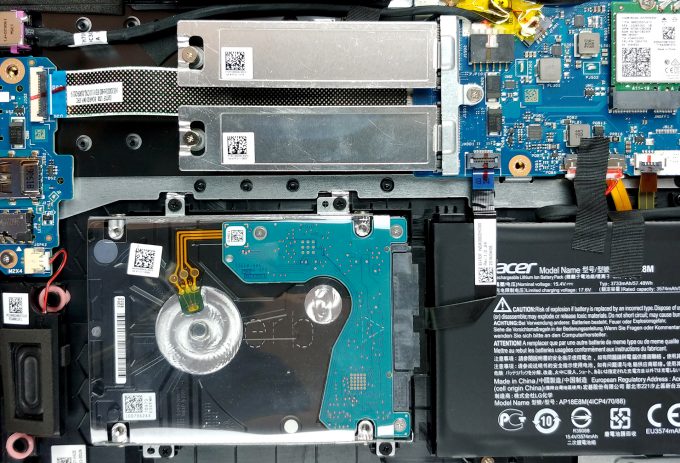 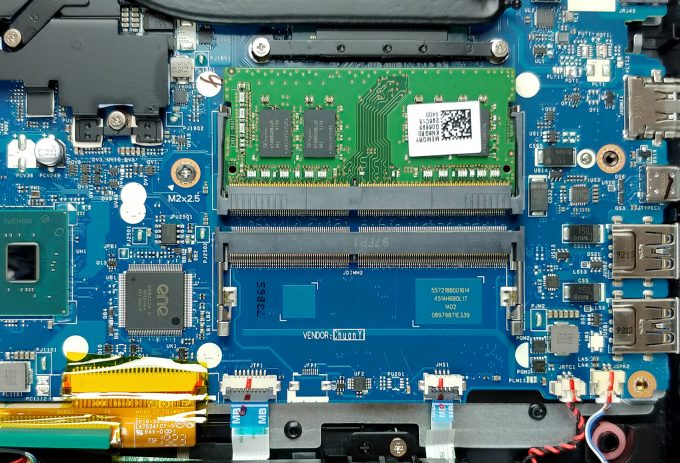 Then, we have the cooling, which comprises only two heat pipes. On the 15-inch version of the device, we saw three heat pipes, but it was cooling the much more powerful GTX 1660 Ti. They are cooling both the CPU and the GPU, and while one of the stops at the end of the upper left fan edge, the other goes all the way to make a 90-degree turn and finish in a separate heat spreader.

Check out all Acer Nitro 5 (AN517-51) prices and configurations in our Specs System or read more in our In-Depth review.

And how do I remove the bottom plate??