Launched in late 2014, the Core M-5Y31 CPU is part of the Broadwell generation chips representing the ULV (ultra-low voltage) lineup. The SoC is suitable for thin and light notebooks or 2-in-1 devices with passive cooling system. The two cores also support key features like Hyper-Threading and Turbo frequency – 0.9 – 2.4 GHz. Intel Core M-5Y31 is based on the 14 nm FinFET manufacturing process and due to that and the extremely low TDP of only 4.5W are another proof of the energy-efficient properties of the SoC.

Interestingly enough, the mobile CPU supports an interesting feature called Configurable TDP that lets the OEM adjust the base clock at 1.1 GHz, but continuous load will greatly decrease performance since it’s mainly an energy-efficient model CPU and raw performance is not needed as much. The SoC also integrates the Intel HD Graphics 5300 GPU with 24 EU (Executable Units) and clocked at 300 – 850 MHz. Similar to other Broadwell SoCs, the GPU supports DirectX 11.2 as well as OpenCL 1.3/2.0 and OpenGL 4.3. The overall performance of the SoC is suitable for office work and light day-to-day applications.

Check the prices of all notebooks equipped with Core M-5Y31: Buy from Amazon.com 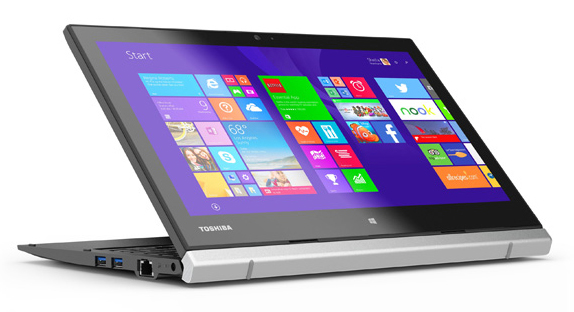