Last time we checked how the 8th gen Kaby Lake Refresh member – namely the Intel Core i3-8130U, performs against the 7th Generation Kaby Lake Intel Core i5-7200U and our final judgment was in favor of the former. So today we decided to compare it to Intel Core i5-8250U and see if it manages to keep its superior position.

We start off with Intel Core i3-8130U which is based on the Kaby Lake Refresh architecture (8th gen) with a total of 2 cores and 4 threads. Manufactured through a 14 nm process, the chip supports the HyperThreading technology. In addition, it ticks at 2.20 GHz base frequency and can reach up to 3.40 GHz turbo speed. The specs sheet is complemented by 4MB last level cache, a dual-channel memory controller supporting LPDDR3-2133 or DDR4-2400 and a relatively low TDP of 15W. The integrated GPU here is Intel UHD Graphics 620 clocked at 300-1050 MHz. Now let’s cover the specs sheet of its opponent briefly. Intel Core i5-8250U is also part of the 8th Generation (Kaby Lake Refresh) and it is among the first Intel processors that feature 4 instead of 2 cores. Additionally, the base frequencies go up to 1.6 GHz, while the turbo speed can reach up to 3.40 GHz. Other specs include support for dual-channel DDR4-2400/LPDDR3-2133 memory, 6MB last level cache, 14nm FinFET manufacturing process, as well as TDP of 15W. As for the iGPU, here we also see the Intel UHD Graphics 620 clocked at 300-1050 MHz. 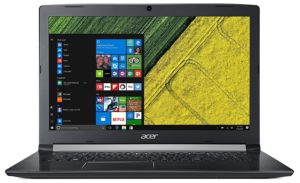 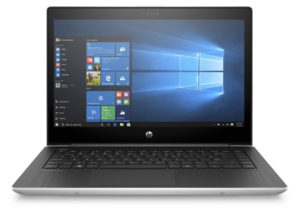 For the purposes of this comparison, we have chosen to compare the performance of the two chips found in Acer Aspire 5 and HP ProBook 440 G5 respectively. Judging by the charts above, there is a significant difference in numbers for all three benchmarks. Not only does Intel Core i5-8250U show 71% better results in our 3D rendering (tested with Cinebench 15), but it is also 50% faster in the Adobe Photoshop test. On top of that, the i5 chip manages to surpass its rival with the impressive 72% in the Adobe Photoshop test.

To sum things up, the winner in today’s comparison is more than obvious. The benchmark results speak for themselves, therefore, the undisputed winner is the Intel Core i5-8250U.