Inside Acer Nitro 5 (AN515-58) – disassembly and upgrade options

As the Nitro 5 readies itself to become one of the best midrangers on the market, we take its cover off to see what you can and cannot upgrade.

Check out all Acer Nitro 5 (AN515-58) prices and configurations in our Specs System or read more in our In-Depth review.

This laptop is pretty easy to disassemble. Undo all 11 Phillips-head screws holding its bottom panel to the motherboard. Then, pry the panel with a plastic tool and remove it from the chassis. 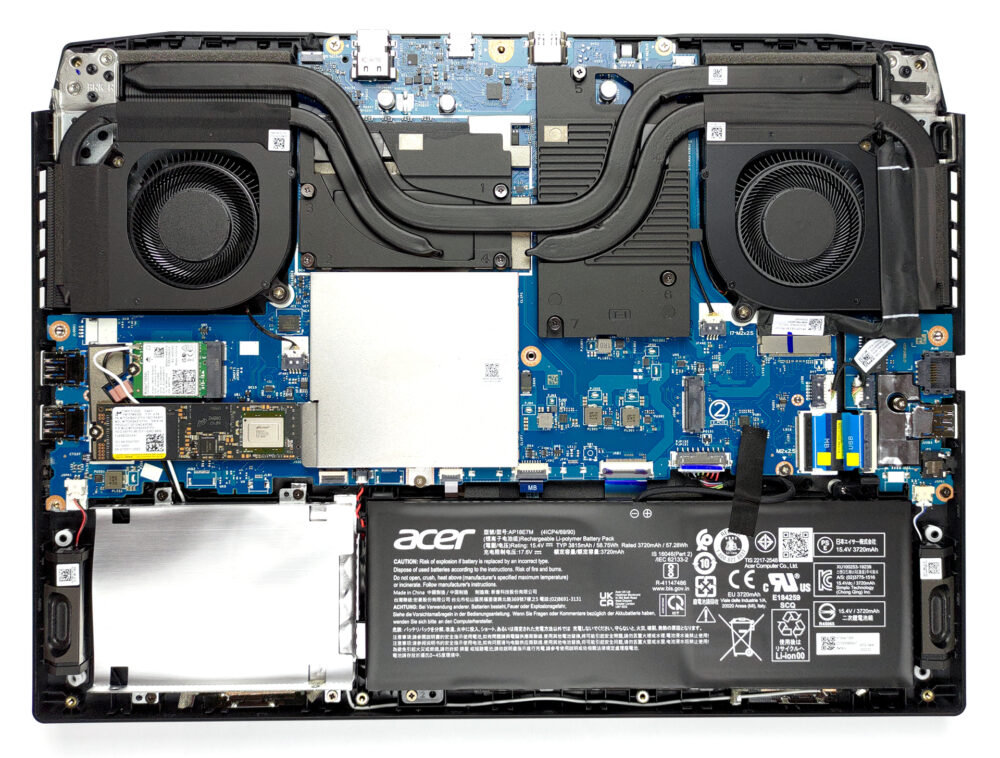 The device comes with a 59Wh battery pack. Interestingly, the battery is secured in place by only one Phillips-head screw. To take it away, just undo the screw, and unplug the connector from the motherboard.

As you can see, the memory is protected by a metal bracket. Undo the single screw, and pop it open. This will reveal the two DDR4 SODIMM slots. As for the storage, there are two M.2 PCIe x4 slots, both of which fit Gen 4 drives and support RAID 0. In addition to that, you get a 2.5-inch SATA drive bay. The mounting accessories are located inside the box.

Cooling-wise, you get a total of three heat pipes, four heat sinks, and two fans. The graphics memory and the VRMs are also being cooled down. It’s worth noting that we have the RTX 30 50 version.

Check out all Acer Nitro 5 (AN515-58) prices and configurations in our Specs System or read more in our In-Depth review.

Acer is ready to conquer the budget gaming market once again. This time, the Nitro 5 brings changes on the outside, as well as the mandatory update in the hardware department. Instead of making it more appealing to the thin and light purists, Acer has decided to go all-in and battle the TUFs and IdeaPad Gamings of the world.We are pretty confident that the Nitro 5 will at least be close to winning. In fact, the AN515-58 version now comes with the beastly 12th Gen series from Intel. It puts back AMD where it belongs (at least from Intel's point of view) - at a distant second place.The [...] 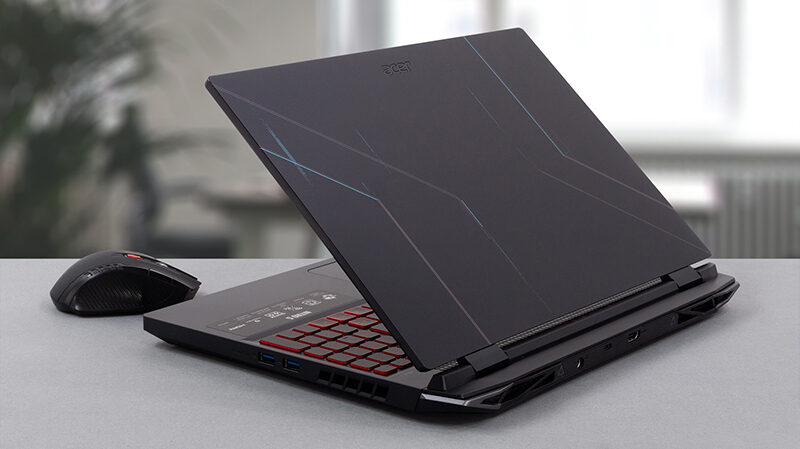