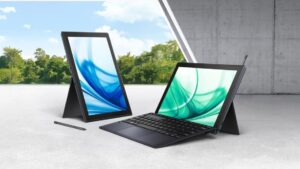 The laptop world has become much more diversified, and while AMD, Intel, and NVIDIA are still the biggest players in the scene, ARM and Apple are vigorously bringing new and exciting hardware, which is revolutionizing the laptop as we speak.

The ASUS ExpertBook B3 Detachable (B3000) is an ARM-based tablet, which we see more and more of, that still doesn’t compromise your Windows experience, offering a keyboard cover and a kickstand on the back, making it very versatile both for work and entertainment.

Today we are giving you a quick overview of the ASUS ExpertBook B3 Detachable (B3000). 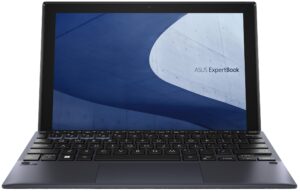 The entirety of the laptop hardware is inside the display/lid section, which is only 9mm thin and weighs 0.63 kg. The unit is well built, using metal for the chassis and glass for the screen. The device can stand upright by itself with the kickstand on the back, which works both horizontally and vertically. The keyboard attachment has an ErgoLift hinge, which further props up the display. The back is covered in blue textile, which might get dirty quickly, but looks great and adds complexity to the design.

The panel in use here has a 10.5-inch diagonal with a 16:10 aspect ratio and an FHD+ resolution. The display has a max brightness of 320 nits and covers 121% of the sRGB color gamut. 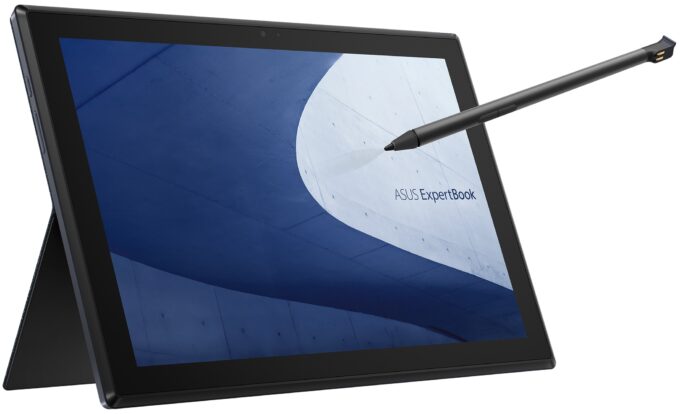 The Qualcomm Snapdragon 7c Gen 2 is an SoC, which combines a CPU, GPU, RAM, storage, and everything else in a small and power-efficient package. There are 8 CPU cores, with four power-efficient Cortex-A55 cores and four Cortex-A76 cores. The Adreno 618 GPU is a bit of an unknown quantity, but you can expect overall smooth performance in daily tasks, web browsing, video playback, and other similar stuff.

The I/O here is really shallow with only a USB Type-C 3.2 (Gen. 1) port for charging and a 3.5 mm audio jack. The device also has both a 5MP front camera and a 13MP rear-facing camera.

ASUS ExpertBook B3 Detachable (B3000) series

All ASUS ExpertBook B3 Detachable (B3000) configurations: