It’s been almost a week since the Ryzen trio launched. Since then we have seen some great results in benchmarks and record-breaking clock speeds. Zen is the first new architecture from AMD in quite a while (six years to be precise) and it is looking to be successful too with its cheaper models and record 52% IPC increase.

The Zen-based Ryzen lineup is designed for home PCs and gaming, in other words – for ordinary users. They provide similar and in some cases better performance than their Intel counterparts for nearly half the price. That’s why Intel now feeling strong competition for a first time in a while is dropping prices.

Enough with Ryzen let’s get to the point of this article. It looks like AMD is not only competing against Intel in the home PC market. The company is trying to get back in a game dominated by the Xeon processors – the market for server processors. Today AMD introduces its Zen-based Naples CPUs that will have up to 32 physical and 64 logical cores.

The new Naples CPUs are highly dense packing 19 billion transistors inside. They are based on the 14nm FinFET manufacturing technology which will make them very power efficient and range from 16 to 32 physical cores (of course with SMT so make the threads double). The specs also include goodies such as eight channel memory (DDR4 of course), high-speed I/O supporting 128 lanes of PCIe 3, support for two-socket systems (that means up to 64 cores and 16-channel memory) and multi-GPU systems and 64MB of L3 cache. 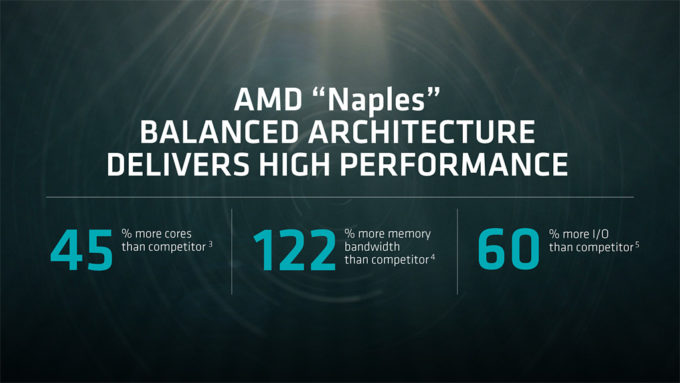 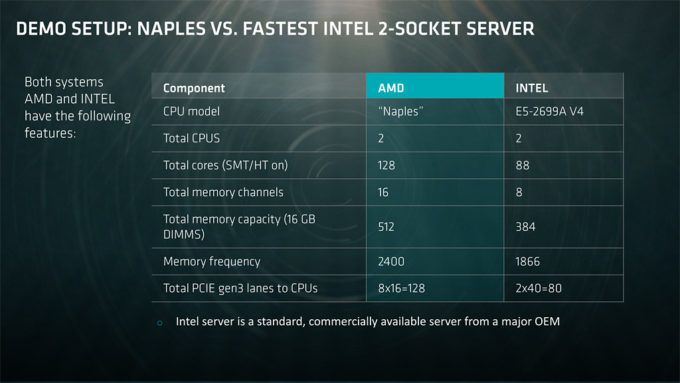 There is also a video comparison where AMD shows the clear advantage of its Zen-based server CPU:

The new sever-grade processors should be available in the second quarter of 2017 though no information about pricing is available at the moment. If it is anything similar to the Ryzen series we can expect them to cost quite a bit less than their Intel Xeon counterparts.

You can check out all available Ryzen processors and the supporting AM4 motherboards over here: http://amzn.to/2m2suZJ