The Intel Core i5-4210H is a direct successor to the Core i5-4200H, both of which are part of the Haswell generation CPUs, manufactured with 22nm process. It offers two cores clocked at 2.9GHz and can go up to 3.4GHz thanks to the Turbo Boost feature or 3.5GHz for one active core. For the record, the i5-4200H has slightly lower clocks – 2.8-3.4GHz.

The CPU has integrated graphics core – Intel HD Graphics 4600, which features 20 Execution Units and a base clock of 400MHz and a maximum one of 1150MHz. However, the overall consumption of the SoC with the memory controller and VRMs is 47W, which is typical for quad-core CPUs, so this makes the chip suitable for 15-inch laptops or bigger.

Check the prices of all notebooks equipped with Core i5-4210H:  Buy from Amazon.com (#CommissionsEarned) 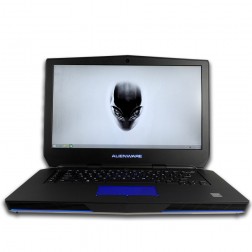