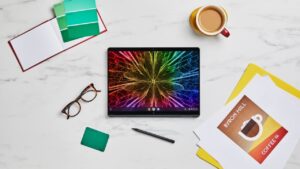 Chromebooks are fantastic budget devices, which combine very efficient and otherwise slow hardware with a lightweight and snappy OS, which makes even a $200 notebook perform well in daily tasks.

However, we are left scratching our heads when we see devices like the HP Elite Dragonfly Chromebook, which have very powerful hardware for ChromeOS, whose main purpose was to make unusable Windows laptop usable by just installing a lighter, but still feature-full OS.

The Dragonfly Chromebook has enough power to handle Windows 10 without doubt, and while ChromeOS has gained features and is now just a Browser, it still trails behind Windows when it comes to usability and versatility.

Today we are giving you a quick overview of the HP Elite Dragonfly Chromebook.

The HP Elite Dragonfly Chromebook will be available in April, with pricing being revealed closer to the launch date. 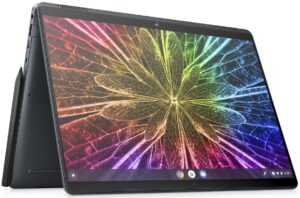 Build materials haven’t been specified, but we would expect some premium materials like aluminum for the lid at least. The laptop looks very childish for some reason, mainly due to the round corners and edges. The whole exterior is painted in dark grey and has a 360-degree hinge, which makes the laptop versatile and usable both in tablet mode with the provided pen and as a laptop with the same touchscreen capabilities. In terms of weight and height, the laptop measures 1.28 kg and 17.2 mm. 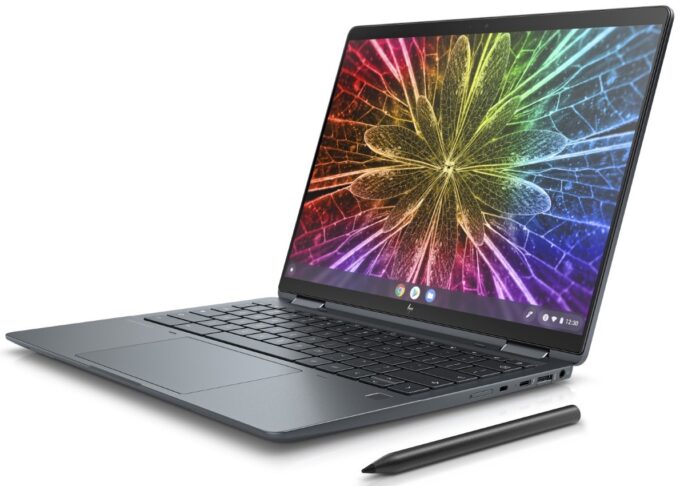 There are two display options, both with a 13.5-inch diagonal and a 3:2 aspect ratio. The base model has Full HD+ resolution and uses an IPS panel. The second display option uses Pixelsense technology, which was created by Microsoft but used on a Google-backed laptop. It has a QHD+ resolution. Both panels support both a Wacom touch pen or the provided HP Rechargeable USI Pen G2. 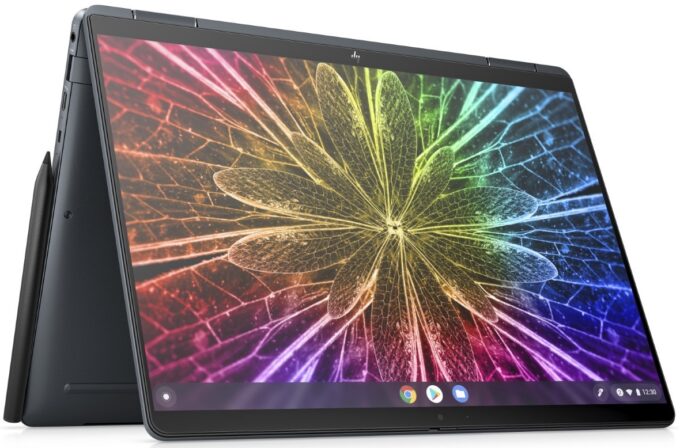 This device has way too much power for a Chromebook, but whatever. It has three options for processors, with either the Core i5-1250P, Core i7-1270P, or the 1280P. The former two each sport 12 cores and 16 threads, with 4 Performance cores and 8 Efficiency cores. The Core i7-1280P has two more Performance cores, which adds four more threads.

The Iris Xe Graphics G7 with 80 or 96 Execution Units are great integrated graphics that can both do daily tasks and run some games, both low-end free-to-play titles and even heavier stuff, with the settings and resolutions obviously set at the lowest possible.

For a portable device, it provides generally decent I/O coverage with one USB Type-A 3.2 (Gen. 2) port, two Thunderbolt 4 ports, a MicroSD card reader, and a 3.5 mm audio jack. There is also a fingerprint reader below the keyboard, along with quad-stereo speakers from Bang&Olufsen, which have been appearing on a slew of different HP products.