Getting inside of this notebook is fairly easy, and gives you access to a lot of upgrade options.

Check out all Acer Predator Helios 300 (PH317-55) prices and configurations in our Specs System or read more in our In-Depth review. 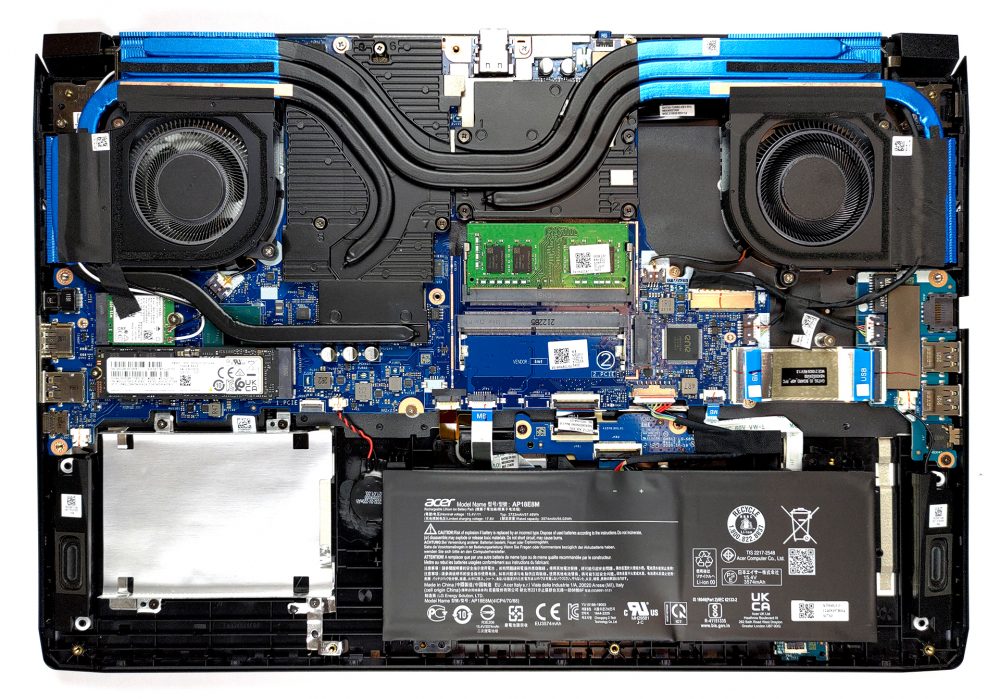 Weirdly enough, the battery capacity here is only 55Wh. 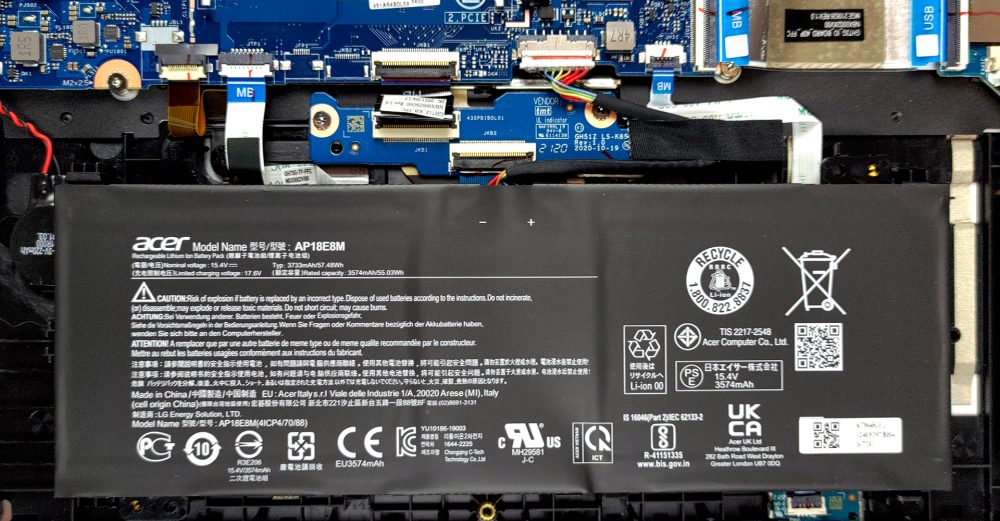 Hidden beneath a metal plate, there are two SODIMM slots for up to 64GB of dual-channel memory in total. Additionally, you get two M.2 PCIe x4 slots for SSDs and one 2.5-inch SATA drive bay. Thankfully, Acer was thoughtful enough to include connection hardware for the 2.5-inch drive inside the box. 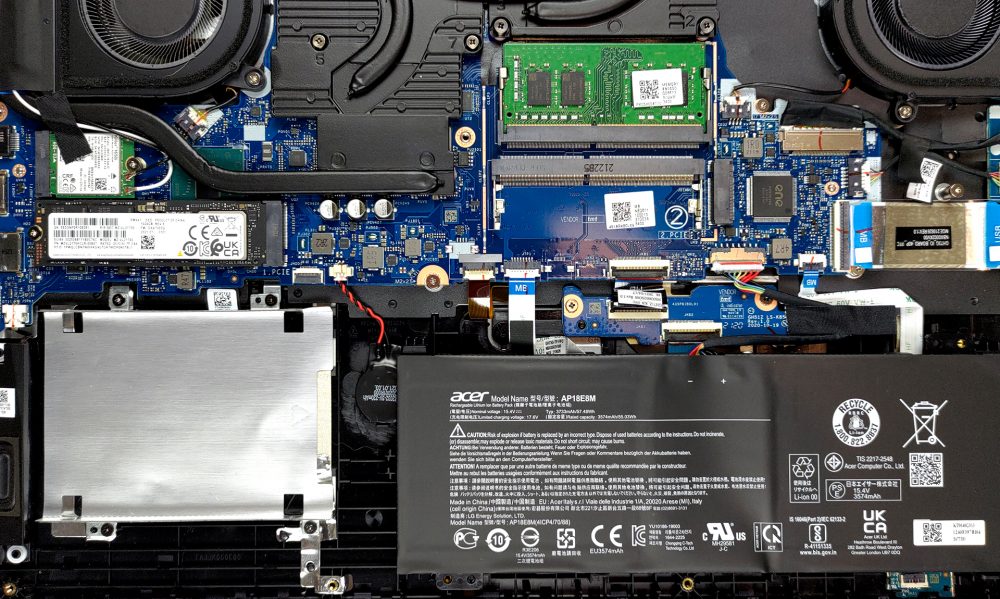 Cooling-wise, there are two heat pipes shared between the CPU and the GPU, one more for each of them, and one dedicated to the graphics card VRMs. In addition to that, you can see two rather large heat spreaders, taking care of the graphics memory and the VRMs for the processor. Although Acer is very aggressive in their marketing for the so-called “AeroBlade” fan technology, only one of the fans seem to make use of it.

Check out all Acer Predator Helios 300 (PH317-55) prices and configurations in our Specs System or read more in our In-Depth review.

Acer produces one of the three most popular gaming brands in the laptop world. Besides Alienware and ROG, the Predators are among the most recognizable gaming devices on the market. And today, we have the latest 17-inch notebook from the marque - the Predator Helios 300 (PH317-55). Although it might seem largely unchanged from last year, the device packs a lot of power. So much, in fact, that it is on the verge to put the behemoth Helios 700 from last year to shame. This is not because of something revolutionary from Acer, however, but mostly thanks to what Intel and NVIDIA managed to do. [...] 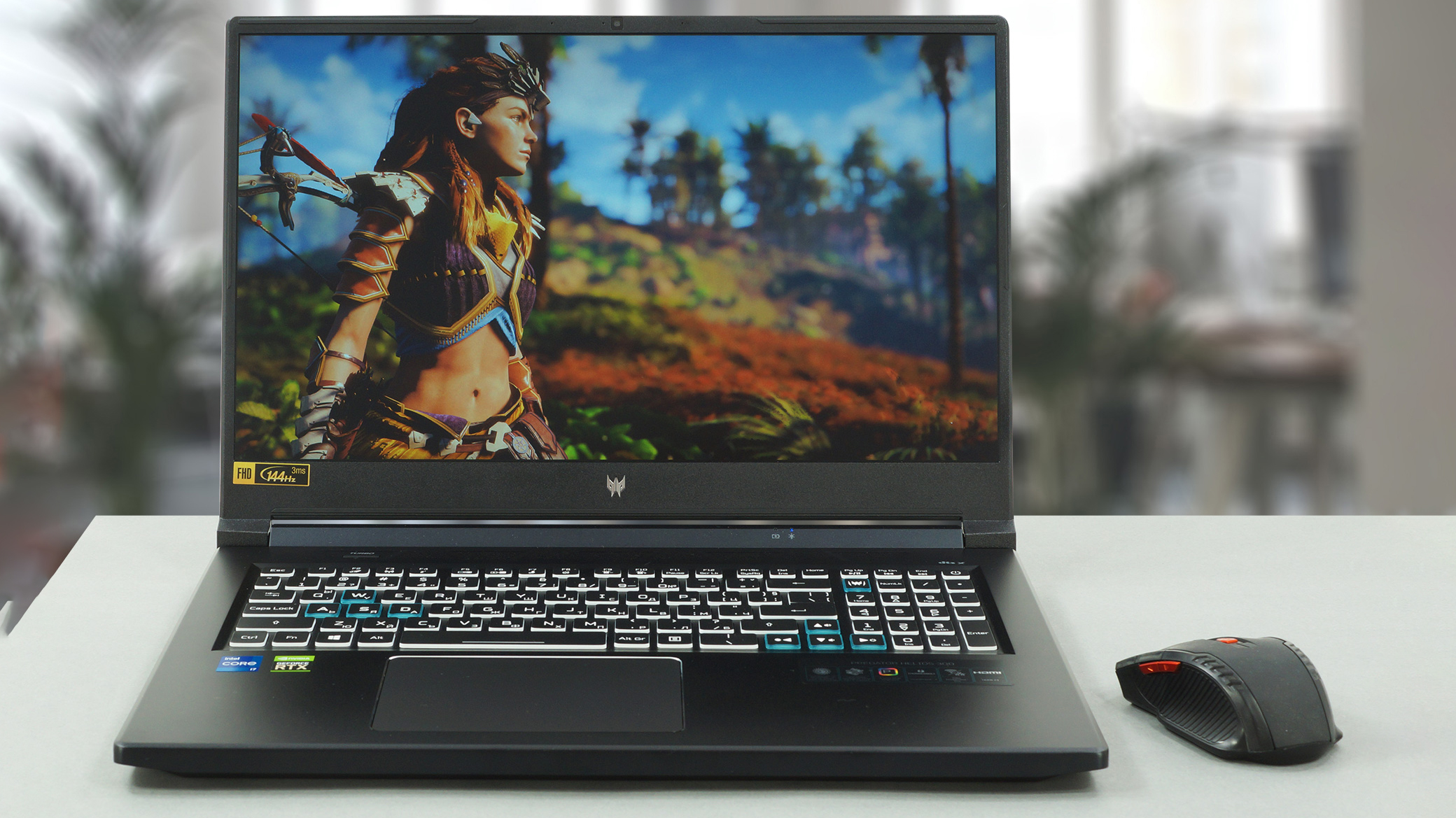