Quick look at Dell Vostro 3559 – for the small business

Dell’s Vostro 3559 is an affordable business solution that should cover the bare minimum of someone’s needs for everyday ordinary tasks. In fact, the notebook also offers a discrete GPU on board that should speed up your productivity with graphically-intensive tasks like Photoshop. However, at this price point, it’s really hard to go against the HP ProBook 450 G3, which is an excellent business all-rounder with even better GPU on board.

You can find some of the available models here: http://amzn.to/2fFPoYd

The design of the machine is strict with plastic all around. The lid is covered in a strip-patterned plastic surface that helps with the grip while giving aesthetically pleasing looks. However, it’s a huge fingerprint magnet and you will notice it from the minute you touch it. 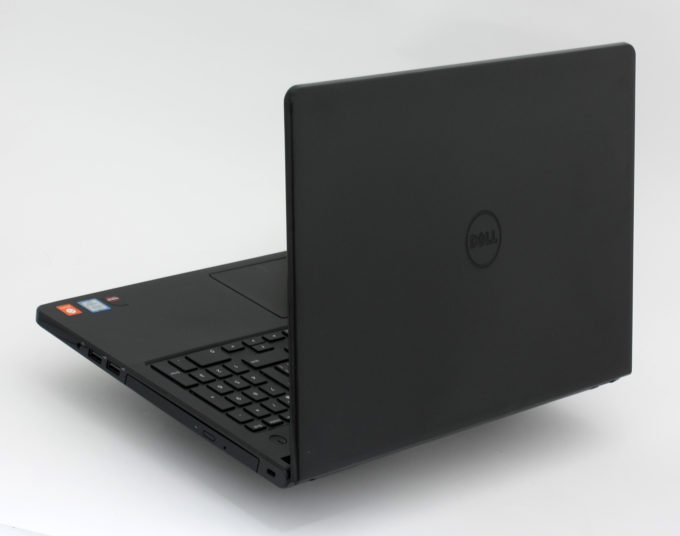 Since this is a business-oriented notebook, our expectations of the input devices are higher than usual, despite the low price point. Unfortunately, though, Dell meets our needs just halfway. The touchpad appears to be comfortable to use – it’s big, mouse clicks are light and deep but the surface isn’t as smooth as we want it to be. As for the keyboard, it’s generally okay. It feels pretty rigid – along with the wrist rest area – and the keys offer somewhat good feedback, although, they also appear to be a bit shallow. It’s really hard to like other keyboards after using HP’s ProBook long travel keys.

While we are on the interior, the surface around the keyboard and touchpad is the same as the one on the lid. The strips give you a notion of soft matte surface but the smudge problem is quite persistent. But the sides adopt a totally different glossy-like finish. The flat edges accommodate the bare minimum of ports you’d use, including VGA, but the USB configuration is a bit disappointing. There’s only one USB 3.0 port with two USB 2.0 connectors on the other side opposed to the 2x USB 3.0, 1x USB 2.0 setup we are used to seeing on business laptops.

The hardware configurations aren’t as flexible as you’d like but this keeps the price steady. The only available CPU is the mainstream Core i5-6200U paired with up to 8GB of DDR3L-1600 memory. For graphically-intensive tasks you can add a discrete AMD Radeon R5 M315 (2GB DDR3), although benchmarks show that it’s on par with some of the integrated GPU’s. And if battery life is more important to you, we suggest opting for the variant with Intel HD Graphics 520 as it will do just about the same job as the Radeon R5 M315 but won’t draw as much power in some cases.

Storage variants are limited as well – 500GB HDD or 1TB HDD. If you want to go for a speedy SSD upgrade but want to retain the extra storage, we suggest swapping the optical drive with a caddy and this way you can benefit from a big storage space and speedy OS operations on the SSD. The screen option is just one – HD (1366×768) with a TN matrix while battery configurations are listed as 40Wh and 47Wh. Our unit features the 40Wh unit and we expect just about average endurance for the asking price. 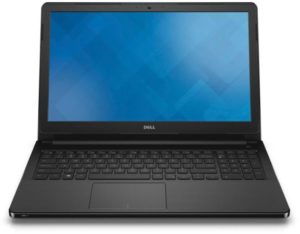