Three devices, in particular, received a lot of attention from yesterday – that’s the Surface Pro 4, the first notebook from Microsoft, Surface Book, and the big step forward of HoloLens. But we will focus on the Surface products for now. Most users were pretty much skeptical when Microsoft first announced its new Surface Pro lineup, but last year the company managed to turn this business around and even make a profit. The Surface Pro 3 was praised a lot by media and owners and seems that this year’s Surface devices will again make a difference on the market.

Let’s first dig into the Surface Pro 4 which boasts pretty much better all-around hardware, but what actually will make a difference into the real world when using it? For starters, we have a smaller body packing larger 12.3-inch screen (last year’s model had 12-inch display) and the resolution has been upped as well – from 2160 x 1440 to 2736 x 1824 keeping the same 3:2 aspect ratio. Microsoft also introduced the so-called PixelSense technology that instantly recognizes whether the user uses hands or the stylus and the touchscreen adjusts its settings accordingly. It practically measures the light blocked by the object that’s touching the screen. Pretty neat. Furthermore, the company promises better contrast ratio, maximum brightness etc. 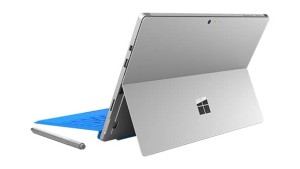 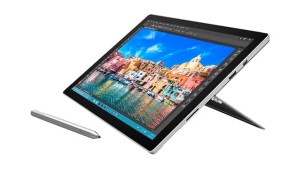 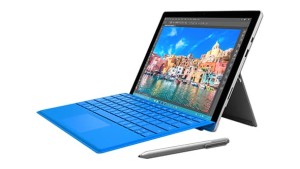 The two new additions to the Surface Pro 4 might actually come in handy to the Surface Pro 3 owners. Microsoft introduced a new “Pen” that “erases” and has 1024 levels of pressure sensitivity. It’s included in the package, but can be bought separately for $59.99. Moreover, the new Type Cover brings wider key spacing, 40% larger glass trackpad, LED keyboard backlight, and the best news is that it’s compatible with Surface Pro 3. It comes in two variants – one with fingerprint sensor and one without and the pricing is $159 and $129 respectively. 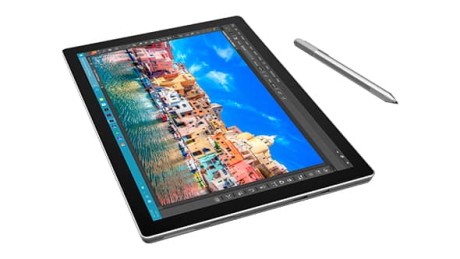 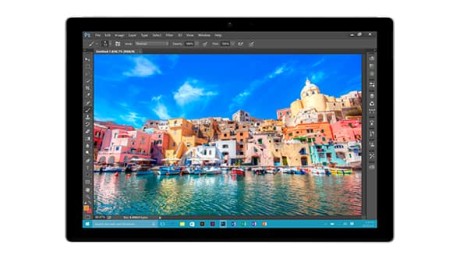 On the hardware front, Microsoft has been a bit vague about which processors are included for the various configurations, but we do know that the base model starts from Core M3 and can go up to Core i5 and Core i7 with Intel HD Graphics 515, 520 or Iris GPU for better graphics performance. Finally, the RAM slots are now expandable and not soldered to the motherboard and they go up to 16GB and 1TB SSD storage. The whole weight of the system is 766 g (a bit lighter than SP3), but the chassis has been trimmed down a lot – from 9.1 mm to 8.4 mm. Microsoft told that it could have been even lighter and slimmer, but the USB ports didn’t allow it. Nevertheless, the device keeps its premium magnesium alloy chassis and adjustable rear hinge.

And yes, the new Microsoft Surface Book is the first in-house laptop by the company. But to be honest, while the specs suggest a full-sized conventional laptop, the features it offers hint “the good old Surface Pro”. That’s because the notebook’s screen is actually detachable. It packs 267 ppi screen (3000×2000) in 13.5-inch diagonal and 6th generation Core i5 and Core i7 processors are running the show paired with 16GB of RAM, integrate graphics or NVIDIA discrete GPU. Yes, you read that right, in the incredibly thin docking station (22.8 mm for both parts), Microsoft crammed up a GPU with dedicated memory. We still don’t know which model the company has chosen, but we are left with the impression of a more powerful one since Microsoft claims it’s twice as fast as the MacBook Pro. No details which configuration, though. 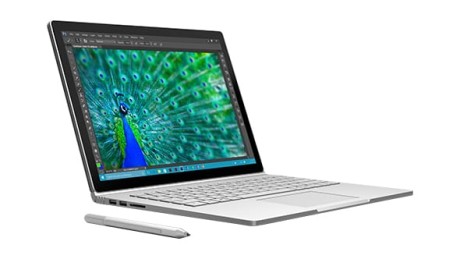 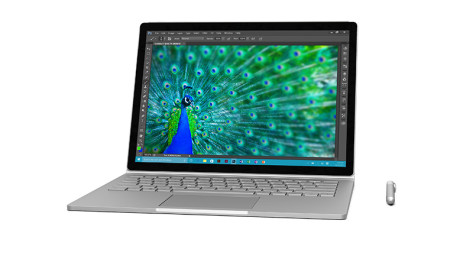 Microsoft also claims about 12 hours of battery life – matching the one of MacBook Pro, but that seems a bit unrealistic given the discrete GPU. Storage options vary to up to 512GB SSD and weighs just about 730 g. Since we cleared the GPU situation, it’s pretty obvious that the docking station is housing the NVIDIA graphics card and now serves more like a nifty and comfortable docking station than just a type cover. It has fascinating flexible hinge and the screen can be attached both ways via the Surface Connector. We hope this connector won’t limit the performance of the GPU as well. Interestingly enough, the package includes the aforementioned “Pen” stylus so you can use it on the touchscreen. 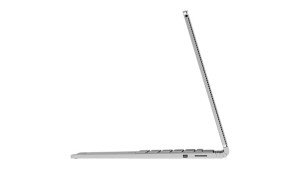 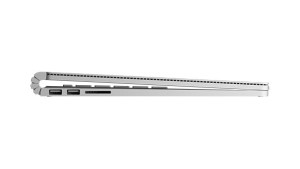 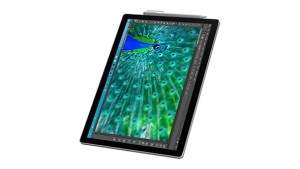 You can check pricing and availability for all Surface Pro 4 and Surface Book models here: http://amzn.to/1hqmzu5