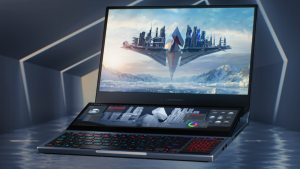 ASUS ROG Zephyrus Duo 15 GX550 is a reasonable upgrade over the ASUS ROG Zephyrus S GX531. The latter is still a good high-end “keyboard-forward” device but the GX550 proves that it can be better in every direction.

First of all, the unused space between the display and keyboard is occupied by a large 14.1″ second panel with a 4K resolution, and the top-end CPU option is the overclockable Intel Core i9-10980HK. If you want to turn this machine into a gaming monster you can pick it with a refreshed NVIDIA GeForce RTX 2080 SUPER that has more CUDA cores under the hood compared to its predecessor.

You can check the prices and configurations of the ASUS ROG Zephyrus Duo 15 GX550 devices in our Specs System: https://laptopmedia.com/series/asus-rog-zephyrus-duo-15-gx550/

You can check the prices and configurations of the ASUS ROG Zephyrus S GX531 devices in our Specs System: https://laptopmedia.com/series/asus-rog-zephyrus-s-gx531/

The GX550 has slimmer bezels than the GX531 but the game-changer in terms of visual appearance is the second screen (which has touchscreen support) that is placed beneath the main panel. This thing can be pretty handy because you can use it while gaming – for example, you can watch some YouTube videos on the smaller panel and at the same time you can have fun with your favorite game on the main display. The second display has a hinge that sets it at a 13-degree angle, thus making it more comfortable to use.

Additionally, the NumberPad makes a return here – you can use it as a normal touchpad or a calculator. Dimensions-wise, the GX550 is a bit heavier – 2.40kg while the GX531 weighs just 2.10kg. That is somehow normal because the new laptop has an additional (big) display with hinges, upgraded cooling solution, powerful hardware, and bigger battery under its shell. That’s why it’s a bit thicker as well – 21 mm.

Display: up to 300Hz panel for gamers and a 4K display options

The new machine comes in two variants – the GX550LXS model is equipped with a Full HD panel with 300Hz refresh rate, 3ms response time, and 100% sRGB color coverage – this one is a great choice for games but you can use it for whatever you want because of the accurate colors. The GX550LWS has a 4K display that is able to reproduce 100% of the Adobe RGB gamut. If you have a color-sensitive job or you just want to take advantage of the higher resolution and super accurate colors – well, this one is a great piece of hardware.

The second display has a resolution of 3840 x 1100 pixels and no matter which laptop variant you choose you’ll have at least one 4K panel.

The overclockable Intel Core i9-10980HK is available and that means 8 cores, 16 threads, 16MB cache size, and up to 5.3 GHz clocks. If this CPU is an overkill for your needs then you can choose the i7-10875H which has nothing to hide – it has the same core count as its overclockable sibling but its frequencies are a bit reduced. ASUS has used liquid metal thermal compound on the CPU and will bring the temperatures down for sure.

As for the GPUs – the 90W versions of the RTX 2080 Super and RTX 2070 Super are available. These GPUs have higher shader count compared to the non-Super variants and that’s why the overall performance should be higher.

Connectivity and ports: a rich selection

Storage and other specs: upgradability and more

The support of M.2 NVMe with PCIe 3.0 x4 speed looks like a standard feature for a device from this caliber. The keyboard is placed closer to the user and that has two advantages – the heat is away from your fingers and you can enjoy a second display and enhanced cooling at the same time if you lift it up for additional fresh air for the fans. The per-key backlit chiclet keyboard has a travel of 1.4mm and probably it’s ready for long gaming sessions – still, you would need to get used to the position of the keyboard and how close it actually is to you. 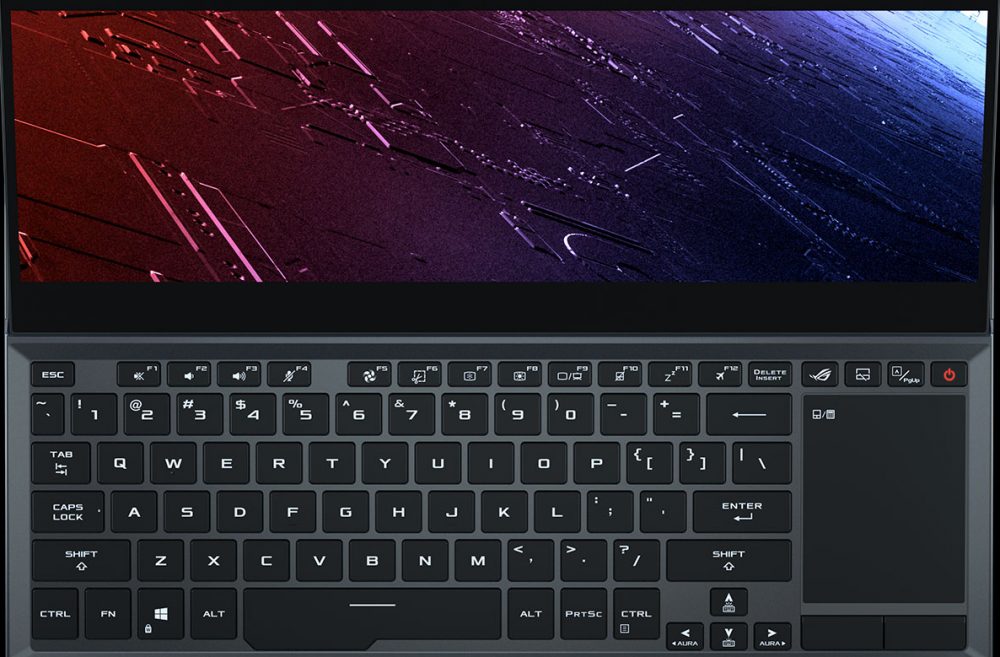 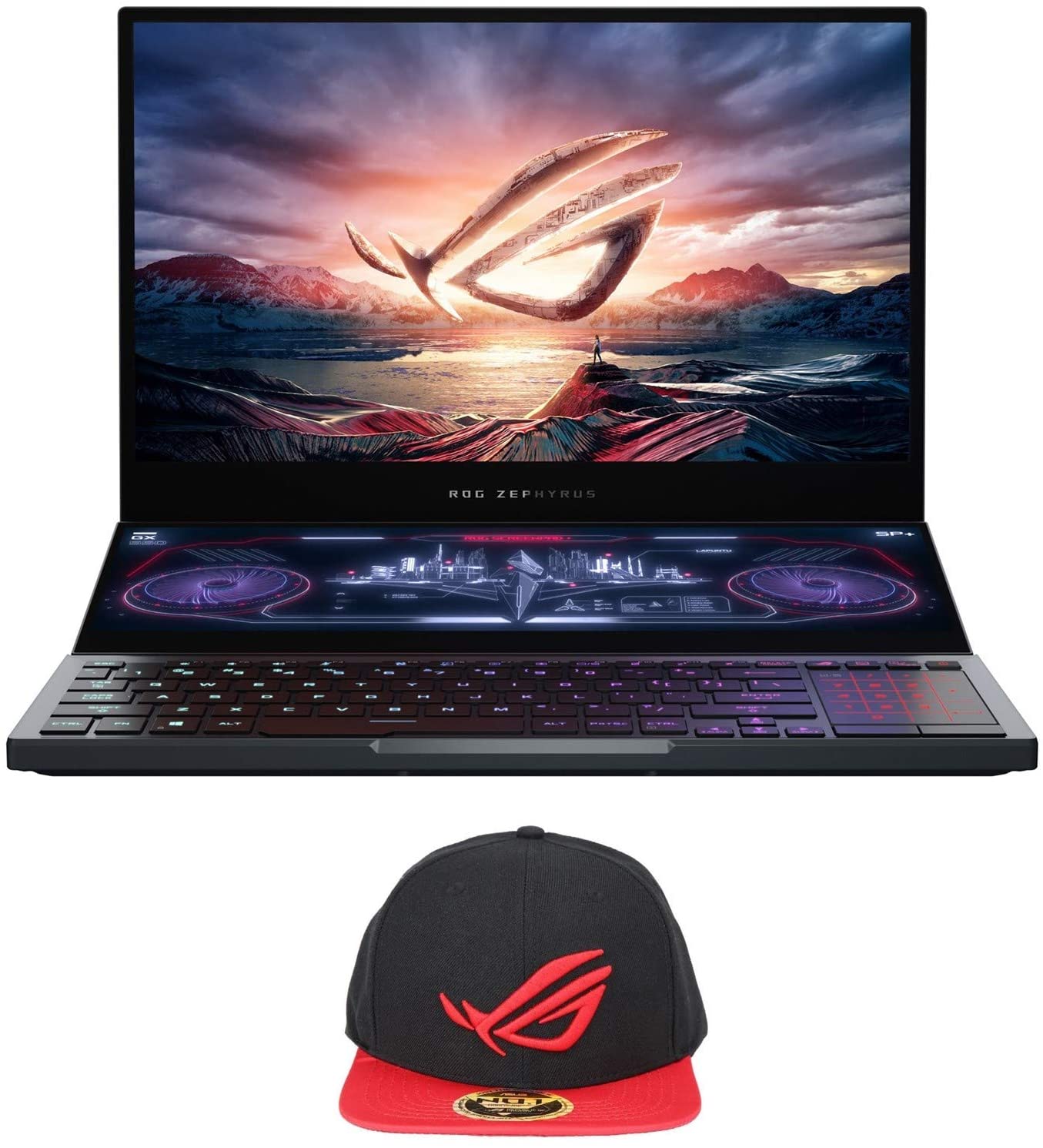 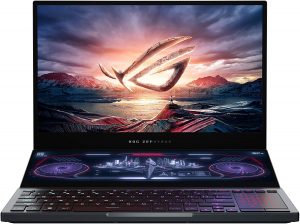 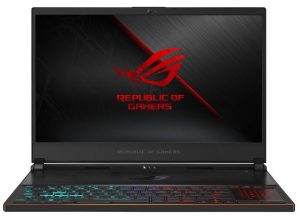