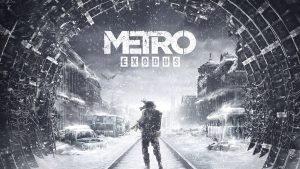 Metro Exodus is just a menace when it comes to “destroying” hardware. This game features beautiful graphics, fascinating story alongside a lot of shooting and weapon upgrades. But let’s focus on the graphics – there is no doubt that this title is very beautiful at Extreme settings but how many GPUs (and laptops) can deliver more than 30 FPS when everything is bumper to the max? The answer is only a few – even the NVIDIA GeForce RTX 2080 Super (and its Max-Q variant) is having a hard time here.

But hey, keep your head up, the High preset isn’t that heavy and the game still looks good. That means a lot of GPUs (probably) can handle this game if you lower the visuals.  Speaking of which, we are about the check the performance of GeForce GTX 1650 [40W, 896 CUDA, GDDR6] and the GeForce GTX 1650 [50W, 1024 CUDA, GDDR5] in Metro Exodus.

The two versions of the GeForce GTX 1650 show that you can play this game with a mid-range GPU if you turn the settings down. Don’t forget the fact that you’re going to need a decent processor and 16GB of RAM as well. The GeForce GTX 1650 [40W] offers good FPS numbers on Low and it almost hit the 30 FPS mark on High which is a respectable result.

However, the GeForce GTX 1650 [50W] is around 20% faster in any graphics preset so this is our undoubtful winner today. It may need just a little bit more power in every situation, but if gaming (and Metro Exodus) is your main goal, this is one is a better choice.