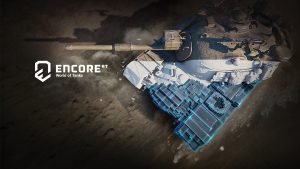 World Of Tanks (WoT) has proved that its gameplay formula is very successful – the first version of the game was released back in 2010 but its latest installment (World Of Tanks enCore) has caught the attention of a lot of gamers. The game isn’t very demanding, especially in Low settings – even a lot of iGPUs can handle WoT if you aren’t too greedy for higher visual settings.

The choice is in your hands. If World Of Tanks is your main game, the two versions of GeForce GTX 1650 are able to handle the game with up to 600+ FPS at the minimum visual quality and if you bumped everything to the max, the frames are above 60 as well.

For sure the 50W variant is faster, especially on higher visual settings when the 40W version is already out of juice (TGP). If the price difference between these two graphics solutions isn’t that big, the GeForce GTX 1650 [50W] is just better. The 40W GTX 1650 shines with lower power consumption and lower heat dissipation.