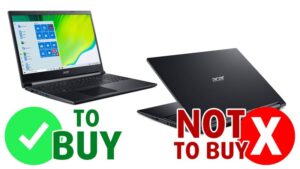 If you want a low-key gaming notebook, the Acer Aspire 7 (A715-75G) is right up your alley. While it does come with older Comet Lake H and Turing hardware, these CPUs and GPUs can still do quite a lot, so you will be set for some time, especially if you don’t play the most demanding games. The laptop strikes balance between portability and performance, offering an aesthetically pleasing design that doesn’t have a spec of RGB or any colored accents.

Today we are presenting you with LaptopMedia’s top 5 picks about the Acer Aspire 7 (A715-75G). 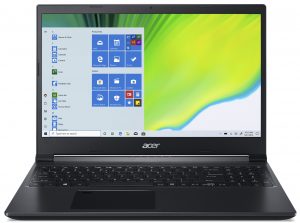 You are offered decent upgrade options. There are two SODIMM slots for up to 64GB of DDR4 RAM, along with a single M.2 PCIe x4 slot. 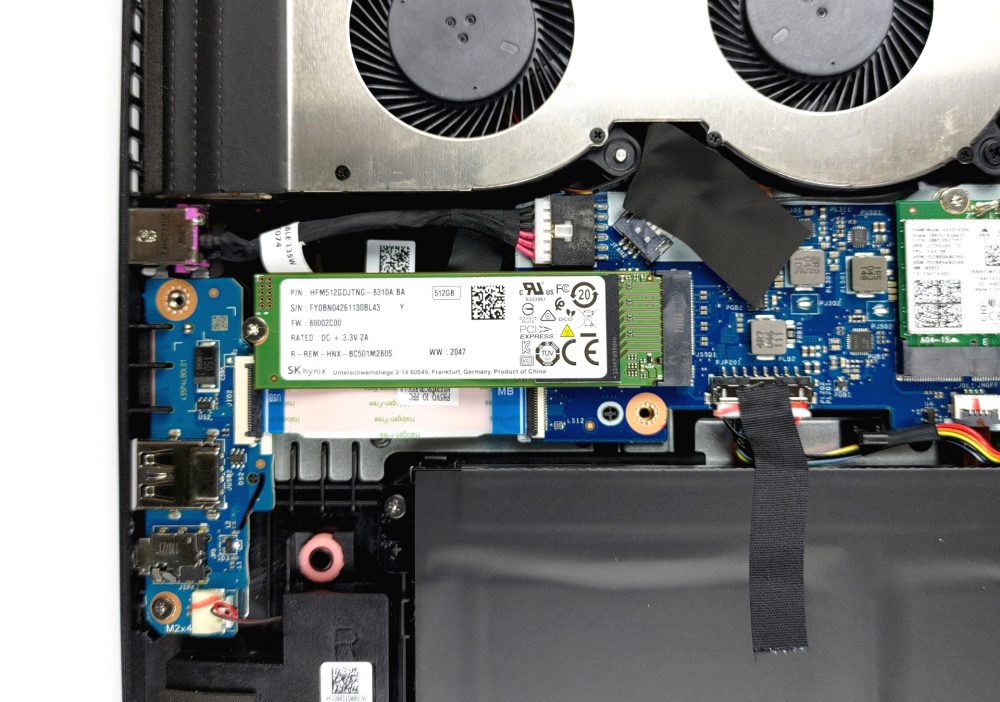 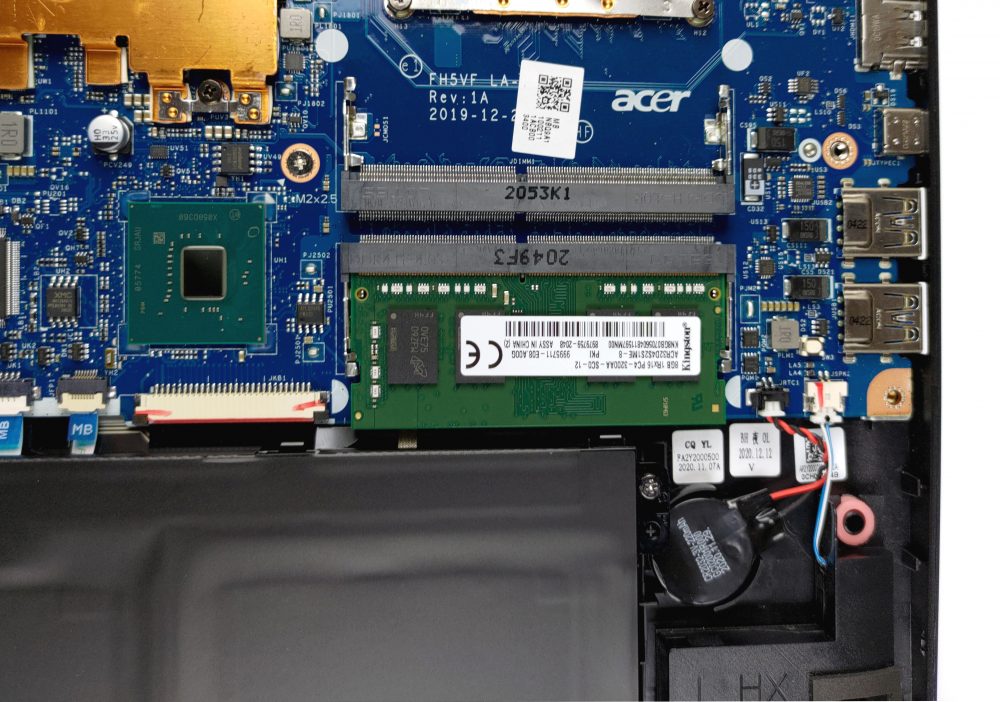 Here is our teardown video, which shows how to access both the RAM and storage slots.

With a 50Wh unit, we didn’t expect something spectacular, however, the laptop delivered 11 hours and 18 minutes of Web browsing or 8 hours and 20 minutes of video playback, which was a bit surprising. Now, that is done with the Windows Better performance setting turned on, screen brightness adjusted to 120 nits, and all other programs turned off except for the one we are testing the notebook with.

The cooling consists of three copper heat pipes, two of which are shared between the processor and the graphics card. The third heat pipe is dedicated to the latter, along with two heat sinks and two fans, which are both on the left side of the laptop. 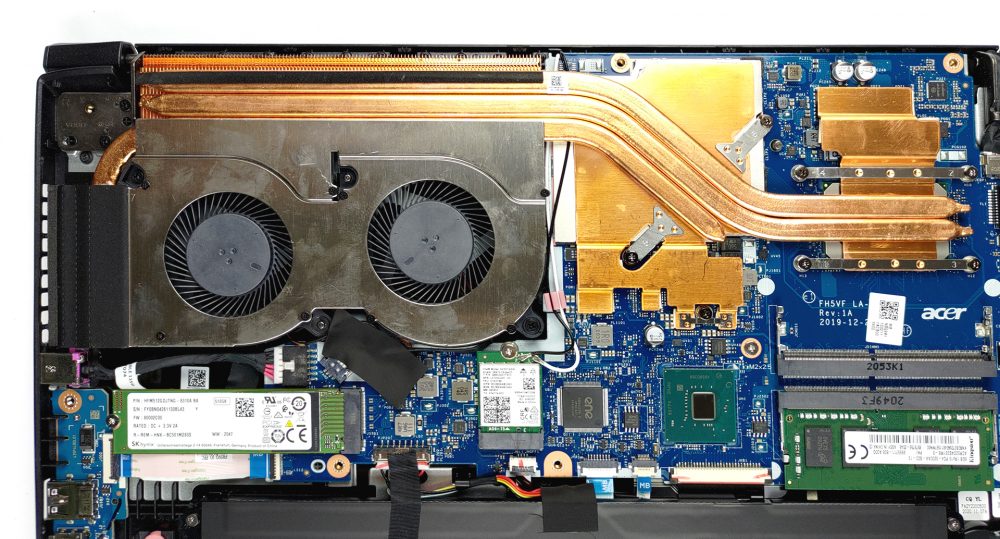 As the Aspire 7 isn’t a pure gaming laptop and has to conform to other standards different from gaming, the thermal management is on point. The Core i7-10750H manages to maintain decent clock speeds while not overheating.

The GTX 1650 Ti inside is remarkable, bringing out higher numbers to the TUF A15 from ASUS and the Predator Triton 300, all of which are gaming devices first and foremost.

The outside temperature is pretty good, with the hotspot maxing out at 42°C. The laptop is pretty noisy, however, so definitely secure a good headset. 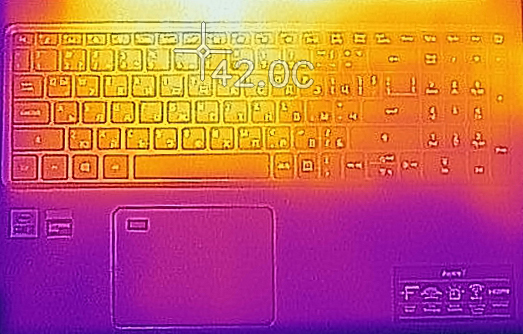 Being a business/gaming notebook, the keyboard here has a low profile and isn’t the best for gaming. The key travel is average and the feedback isn’t as clicky as we would have wanted, but it will do a fine job for your daily work. The touchpad is fantastic, however, coming with a large surface and a glass cover, along with an embedded fingerprint reader that doesn’t disturb the accuracy. 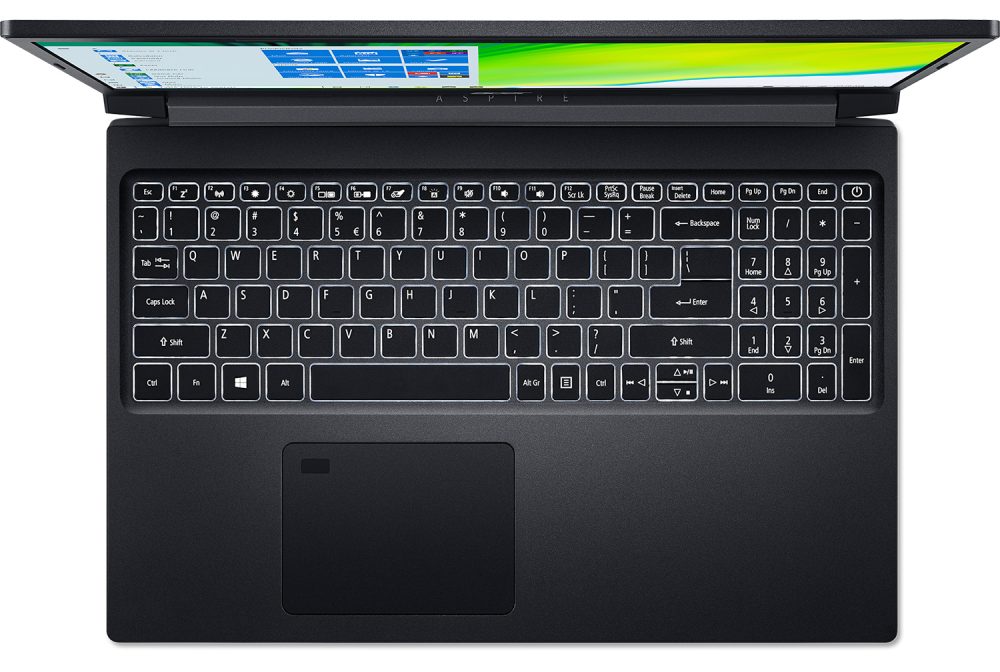 The device packs decent coverage but lacks Thunderbolt support and an SD card reader of any kind. Still, you get two USB Type-A 3.2 (Gen. 1) ports, one USB 2.0 port, a single USB Type-C 3.2 (Gen. 1) port, Ethernet and HDMI connectors, a 3.5 mm audio jack, and the power plug.