Despite the almost invisible changes on the outside, the ThinkPad E14 Gen 3 is a huge improvement on the laptop from last year. Thankfully, the upgrade options have remained pretty solid.

Check out all Lenovo ThinkPad E14 Gen 3 prices and configurations in our Specs System or read more in our In-Depth review.

To take this notebook apart, you need to undo all 7 captive Phillips-head screws. After that, pry the bottom panel with a plastic tool, starting from the front two corners. 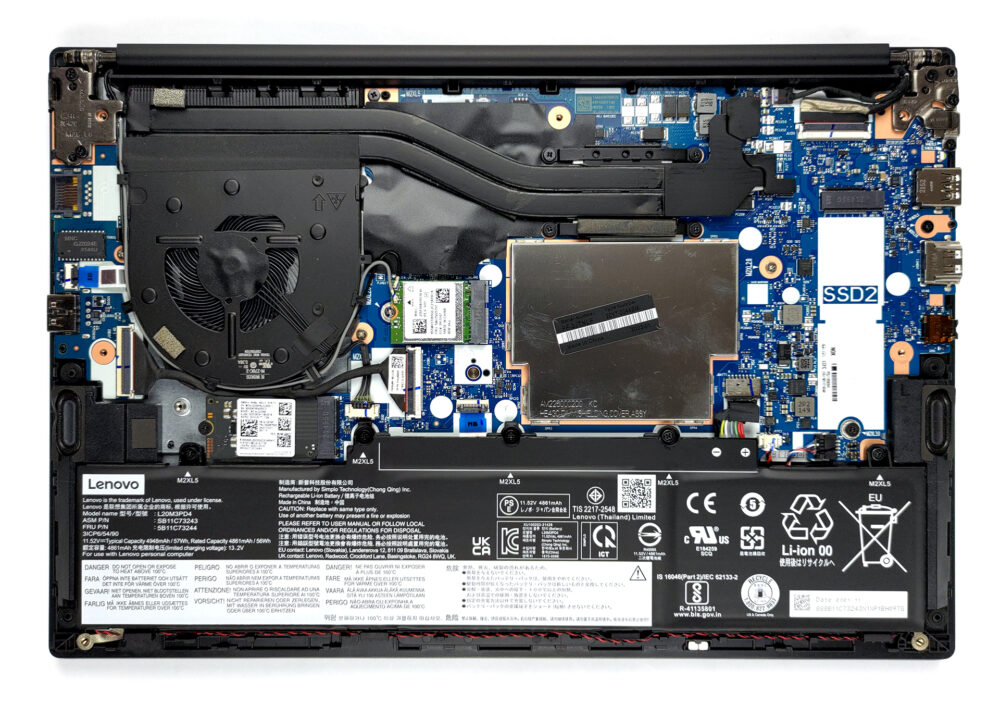 Inside, we see a 57Wh battery. It lasted us for nearly 14 hours of either Web browsing or video playback. To continue, unplug the battery connector. Then, undo all 5 Phillips-head screws. This will let you remove the battery from the chassis.

Here, we see either 4 or 8GB of soldered memory. In addition to that, there is one SODIMM RAM slot. Storage-wise, there are two M.2 slots. One of them fits 42mm drives, while the other holds 80mm ones. 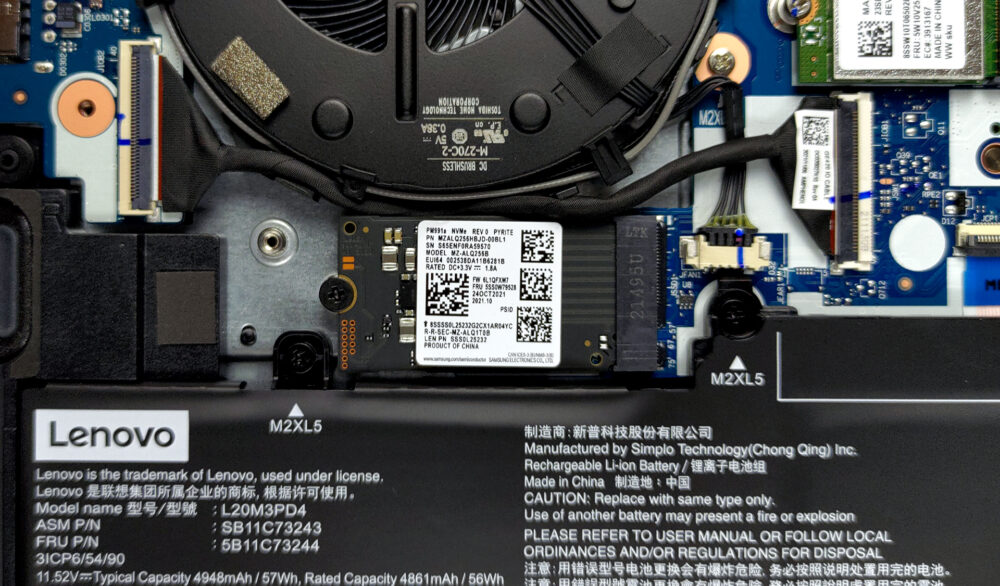 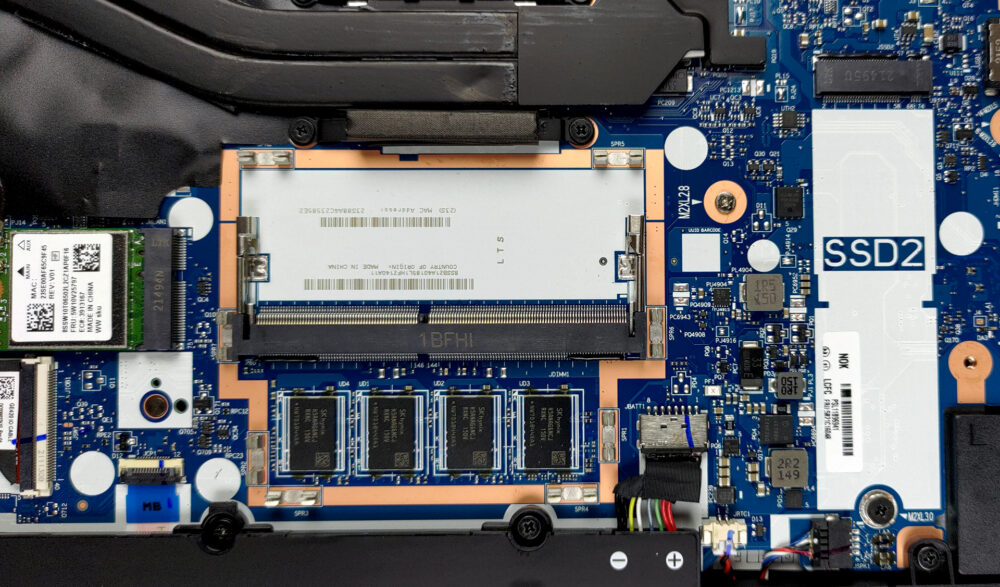 As you can see, the cooling comprises two heat pipes, a heat sink, and a medium-sized fan.

Check out all Lenovo ThinkPad E14 Gen 3 prices and configurations in our Specs System or read more in our In-Depth review.

The ThinkPad E-series has been one of the best-selling business laptops out there. It has a very competitive price while remaining pretty capable in terms of both performance and versatility. This particular model is the ThinkPad E14 Gen 3, and it comes equipped with Ryzen 5000U processors.This includes some rebranded Zen 2 CPUs, as well as the brand new Zen 3 devices. Of course, this will change when the Zen 3+ processors hit the market. However, this laptop is not all about performance, as the main target group is the office worker. With that said, Lenovo needed to make the laptop a bar[...]