Not too long ago, Dell has released a refreshed Latitude E5570 notebook taking the place of the good old E5550, which we reviewed last year. Refreshed is the exact word because we are met with the same clamshell, ergonomics, and input devices but holds significant changes under the hood. The new E5570 is equipped with a Skylake CPU, better storage configurations, and larger battery. We had the chance to play around a bit with the notebook and here are our initial impressions.

You can find the available configurations here: http://amzn.to/2ai9Oiv

No major design changes with the Latitude E5570. Dell is sticking with the strict and minimalistic design suitable for business. The case is rather sturdy despite the fact that most of it is covered in plastic with soft-touch matte finish. Which, by the way, attracts a lot of fingerprints and smudges, especially the surface on the lid. 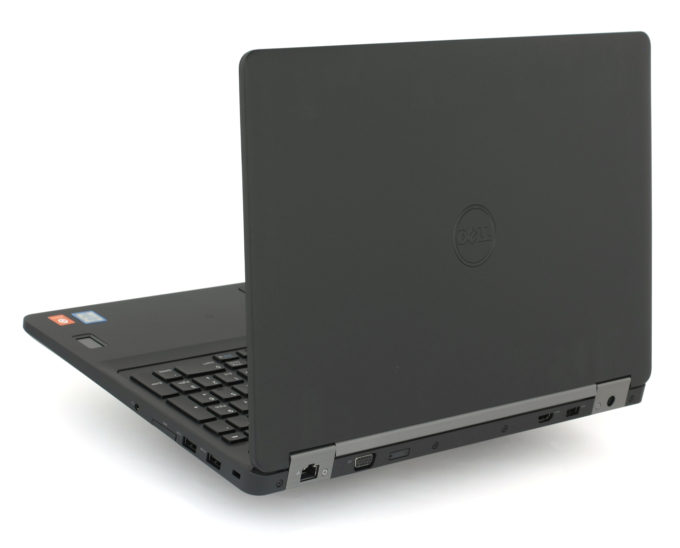 The overall stability of the notebook is nice – no holes, squeaking parts, no gaps, and inconsistencies. Even the keyboard doesn’t give in under strong weight but the same cannot be said about the lid. It’s fairly bouncy but at least it doesn’t cause ripples on the LCD screen. Speaking of which, it’s held by two seemingly metallic and overly tightened hinges so opening the notebook with one hand is impossible. 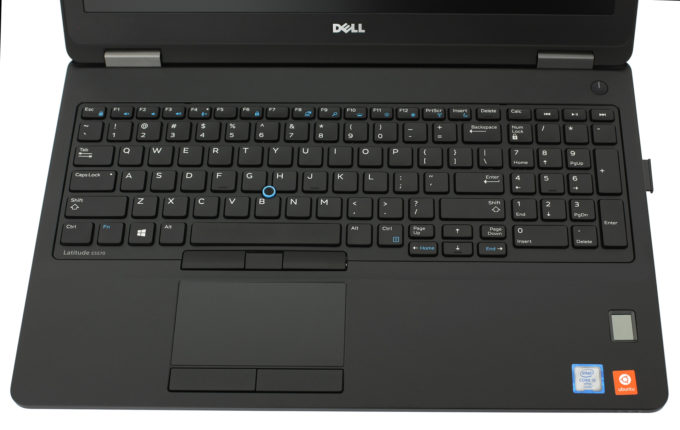 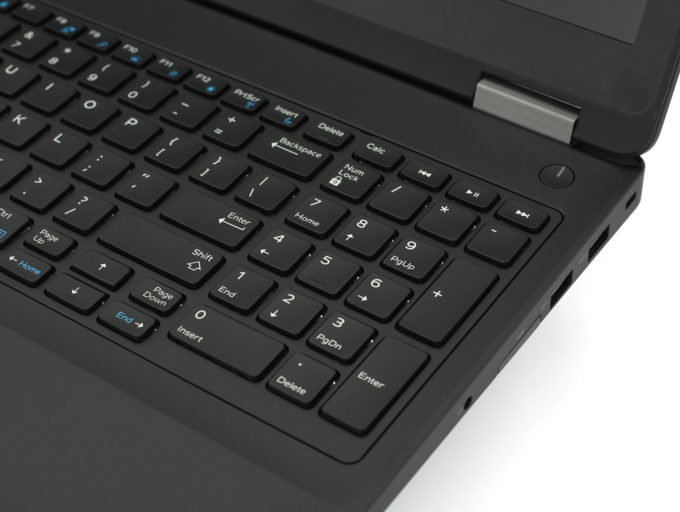 The keyboard carries the same ergonomics as before with slightly curved, evenly spaced keys with long travel and nice feedback. The trackpoint is a bit shallow and hard to feel when using it and the mouse buttons located under the space bar feel a bit mushy. On the contrary, the main trackpad and mouse buttons below it provide excellent usability, stability, and responsiveness.

The E5570 – just like its predecessor – offers a wide range of hardware options putting the machine in several market categories – from entry level business solutions to high-end and powerful systems. With the upgraded hardware, the E5570 now offers Skylake Core-U CPUs – Core i3-6100U, Core i5-6200U, Core i5-6300U, and Core i7-6600U with the last two being powered by Intel’s vPro technology. The graphic tasks are handled by the Intel HD Graphics 520 GPU, although you can customize your order with AMD’s Radeon R7 M360 discrete GPU but only available with the Core i7-6600U. The supported RAM, this time, is DDR4-2133 and can go up to 16GB. You can benefit from the faster RAM chips when using the integrated graphics.

On the storage front, the E5570 finally brings M.2 SSD support, although Dell lists the supported standard as SATA. Oh, and another thing. When we disassembled the notebook (more on that in the following days), we found out that the laptop comes with either M.2 SSD or 2.5-inch HDD because both cannot fit in the casing. Probably the listed configurations with lower battery capacity (47Wh) can house both storage devices but the 61Wh surely has room only for just one of those. Screen options don’t vary as much – Full HD (1920×1080 or HD (1366×768) with the former being offered with a touch-enabled variant as well.

Another welcomed addition is the upgraded connectivity options. You can now benefit from fast 4G LTE Internet on the go and also utilize the full potential of your home network with a 60 Hz WiGig Wi-Fi support. 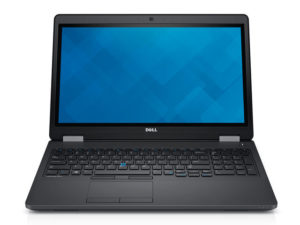 Hi 🙂
I would like to add that you can purchase that Dell laptop with a 6cell 84Wh battery, as long as you pick the M.2 SSD option even if other configurations are possible 🙂

By the way, congrats for all your work, i’ve been following that website for few months and you provide helpful points of view 🙂