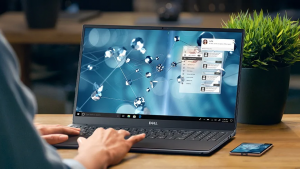 The device that we will talk about today can only be described with these words: “A stylish and secure office laptop”. The Dell Vostro 15 5502 has great looks that for sure will grab the attention. But you shouldn’t put all of your trust into a laptop’s looks.

And even without its good-looking exterior, this device would be a good consideration, due to Dell’s history of making secure laptops with great features, and the fact that you get powerful processors from the new Tiger Lake platform from Intel. Pair that performance with a discrete GPU from NVIDIA and multiple Full HD display options, you get a very competitive device that you can’t overlook anymore.

Today we are presenting you with LaptopMedia’s top 5 picks about the Dell Vostro 15 5502. 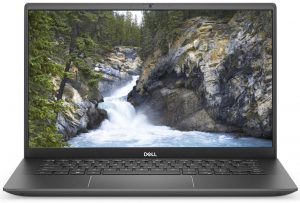 Now, the build materials aren’t stated anywhere, but considering the price point of the device, we would assume that Dell used plastic for the base and metal for the lid, as it is a standard practice among entry to mid-range business devices. This doesn’t mean that the structure is compromised, however, as the body is rigid enough to endure the abuse that laptops go through on a daily basis. What Dell has done, is provide a thin and lightweight device that only weighs 1.64 kg and is just 17.9mm tall at the thickest point, which is great for a 15.6-inch device.

The lid is next to possible to open with a single hand, but it has a redeeming quality, in the fact that it uses a hinge mechanism that is similar to ASUS’ EgroLifr, which lifts up the base so that the cooling has more room and airflow to work with. Being a business laptop and having a bigger 15.6-inch form factor, the device has great upgradability. For RAM expansion, there are two SODIMM slots that support up to 32GB of DDR4 memory which work in dual-channel. As for the storage, you get two M.2 PCIe x4 drives, but the main one, which is located under the cooling fan only supports NVMe drives, while the other one has support for NVMe, SSD, and SATA drives.

Here is our detailed teardown video, in which you can find out how to safely get access to both the SODIMM and the M.2 slots.

You get a pretty stacked I/O with this one with there being a total of three USB 3.2 ports (two Type-A Gen.1 and one Type-C Gen.2). In addition to that, you have an HDMI and RJ-45 connectors, the mandatory 3.5 mm audio jack and a MicroSD card reader.

There are two options for battery sizes, a smaller 40Wh unit and a larger one with a size of 56Wh. The laptop that we reviewed had the former one, which lasted for 7 hours and 39 minutes of Web browsing and 6 hours and 29 minutes of video playback. As always, we do our tests with the Windows Better performance setting turned on, screen brightness adjusted to 120 nits, and all other programs turned off except for the one we are testing the notebook with. 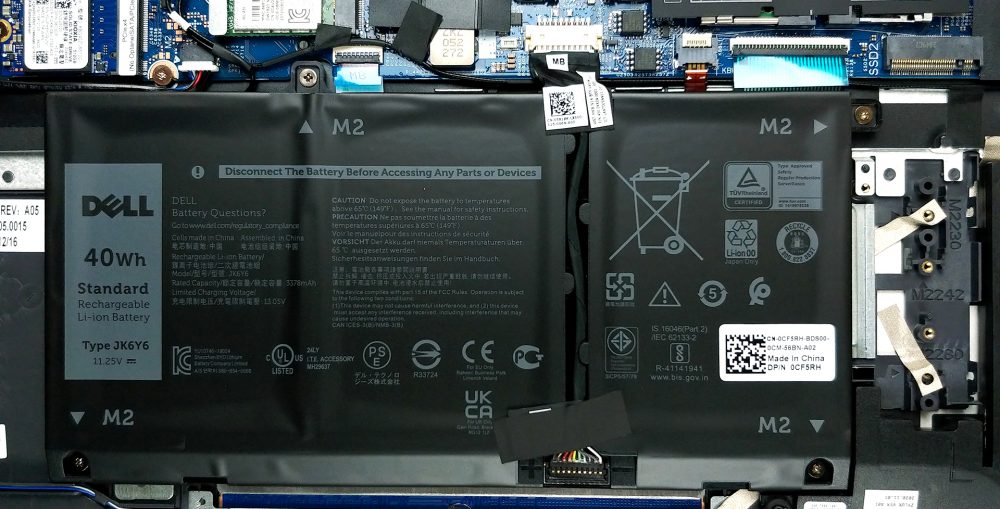 For a laptop of this size, we would have expected a better outcome when it came to our CPU stress tests and the cooling. In the test, the Core i5-1135G7 quickly reached 100°C in the first ten seconds but had a quite high clock speed of 3.33GHz. After that, the temperatures went down, to around 75°C, but so did the clock speed, as it sat around 2.00GHz after 15 minutes of testing.

When it came to comfort during full load, the highest outside temperature that we recorded was 42.1°C, and the laptop wasn’t too loud, so at least it won’t bother you while you’re working. 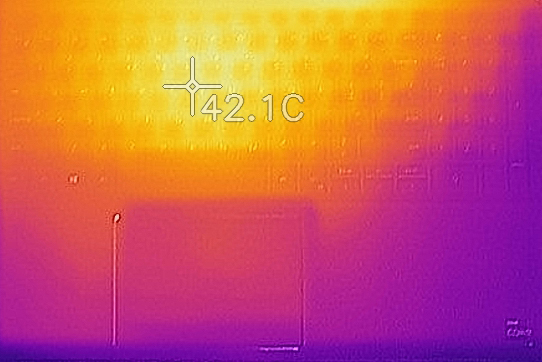