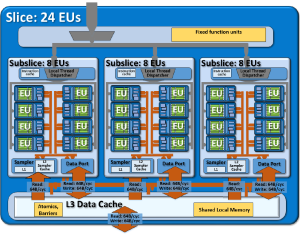 Since we’ve got the new Yoga 710 and 900s (which aren’t on the market yet), we’re putting them through benchmark tests, so that their CPUs and GPUs can take their places in our Top Laptop Graphics Ranking list. That is now done – both of them use the ultra low voltage Intel Core m5-6Y54 processor with integrated Intel HD Graphics 515 GPU. The latter is based on Intel Gen. 9 (Skylake) architecture and it’s known by the codename Skylake GT2.

We ended up with varying results with HD Graphics 515, which can be attributed to different implementations and design limitations – the Core M family has configurable TDP and can be cooled passively, as is the case with the two Yoga notebooks we tested.

You can read more about Intel HD Graphics 515 here, or you can take a look at the prices of the current offerings with Intel Core m5-6Y54: http://amzn.to/1TwMOjH