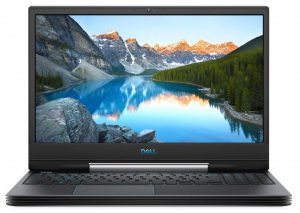 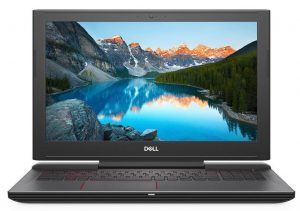 Recently, we posted our take on the latest G5 from Dell – the G5 15 5590. Simultaneously, we thought that it is a great time for comparison between itself and its direct predecessor – the Dell G5 15 5587. If you remember, the G5 15 5587 was basically a copy of its respective predecessor – the Inspiron 7577, so we are happy to see Dell going into a slightly different direction. However, the differences don’t only lie on the outside, but on the inside as well – RTX GPUs are making a debut on Dell machinery. Without further ado, let’s see what did Dell do to improve their device.

As far as the looks are concerned we see a completely new device, with some hints here and there of its predecessor. G5 15 5590’s new design is base on the grills seen on the back of the G5 15 5587 which this time go all the way around the laptop. Additionally, it uses the same hard plastic/aluminum combo. This time, however, instead of locking the lid in the middle of the frame, they have opted for an exact opposite – having the middle free and the two ends being actually part of the lid – this results in a screen, which is less susceptible to bending. 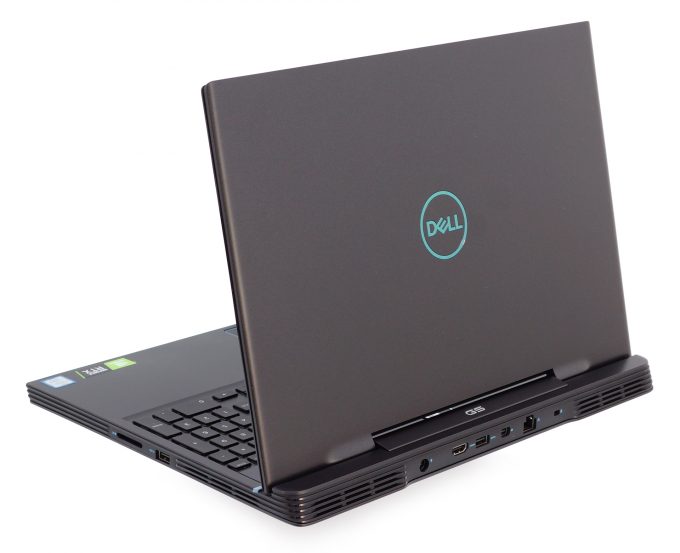 Opening the lid reveals the major difference in the design approach – G5 15 5590 finally has thin bezels! Officially, they are not a year behind the competition anymore. Actually, the newer laptop definitely feels more stable than the older one, even though you can’t open the lid with a single hand anymore.

Further below, we see a change of the fingerprint/power button location – it is moved from the right side to the middle. Moreover, now you can see a premium glossy finish on the top of the base. However, this is not where you play your games on, is it? So let’s give some details about the keyboard, which was one of the weak points of G5 15 5587. It is shallow and mushy and the keys, themselves, are super tiny – not very gameable at all. Thankfully, Dell addressed most of the issues and provided a more tactile keyboard with longer travel of the keys and an all in all better-looking design. However, we are still unhappy with the size of these keys – they are bigger, but not big enough yet. 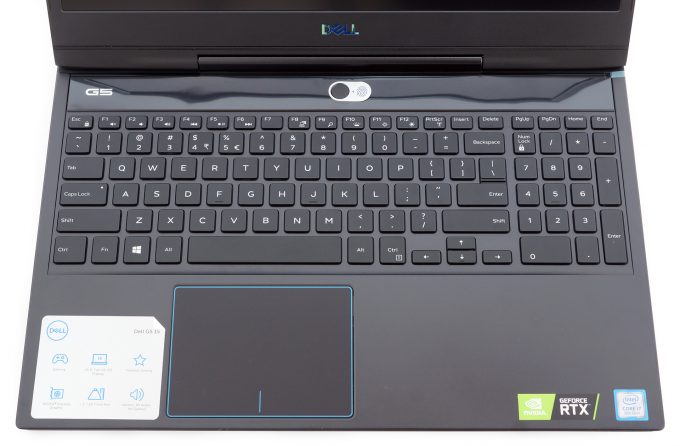 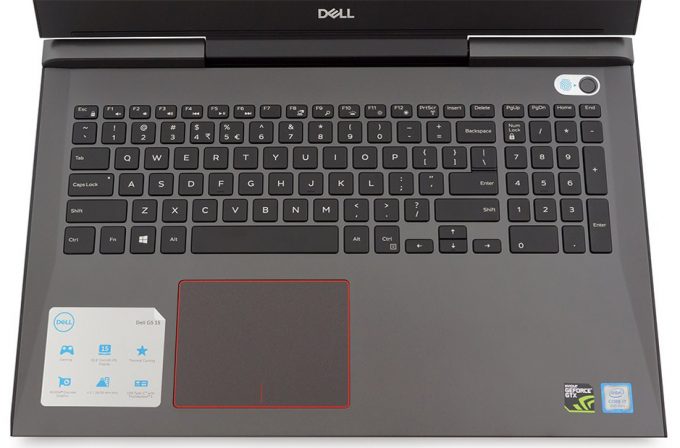 Quite frankly, there is no huge difference between the ports of these devices – the G5 15 5587 only lacks the Mini DisplayPort and has a different layout. There are the charging plug, EthernetLAN, USB Type-A 3.1 (Gen. 1) with PowerShare, and memory card reader (on the left) + mic/headphone jack, another two USB Type-A 3.1 (Gen. 1) ports, Thunderbolt 3 and full-sized HDMI (on the right). 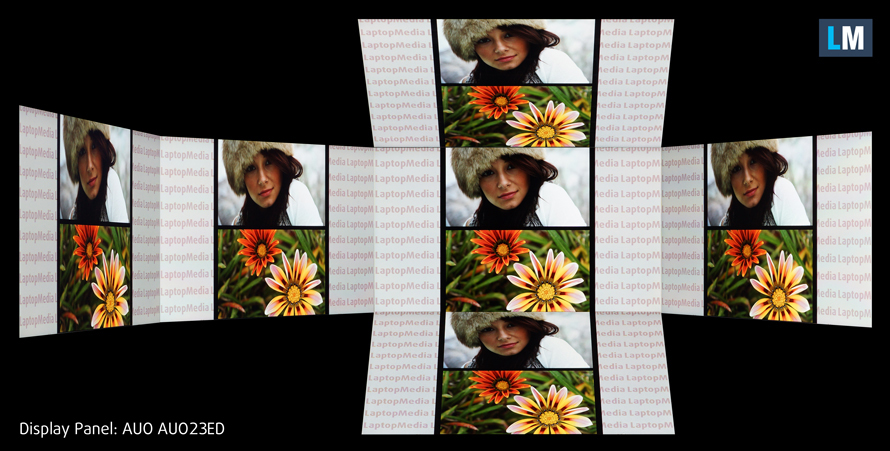 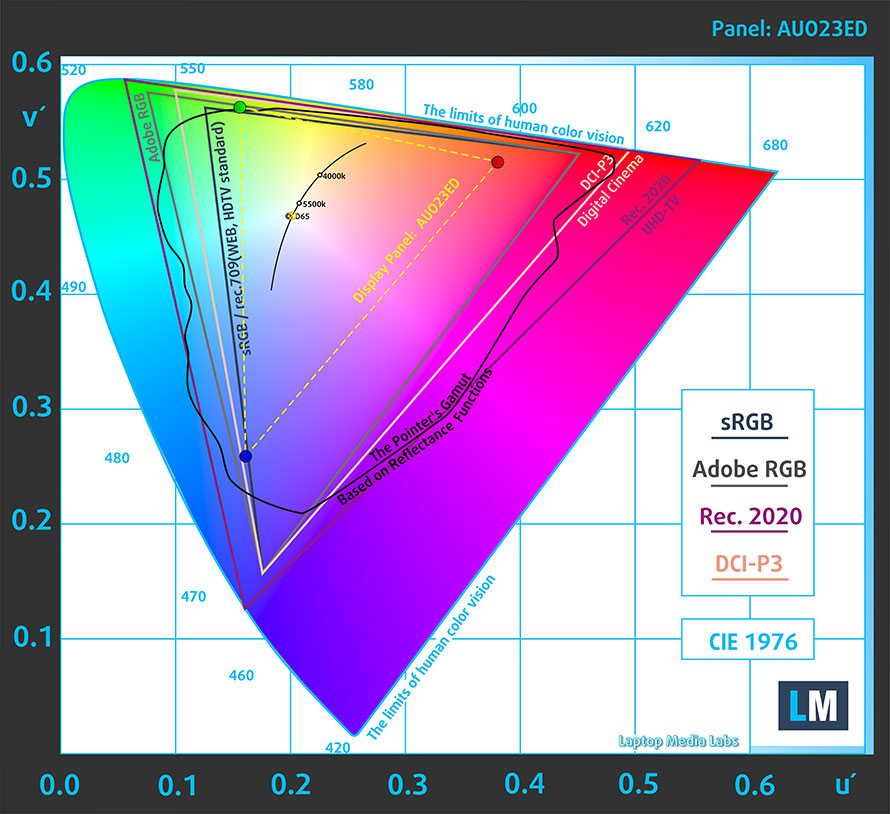 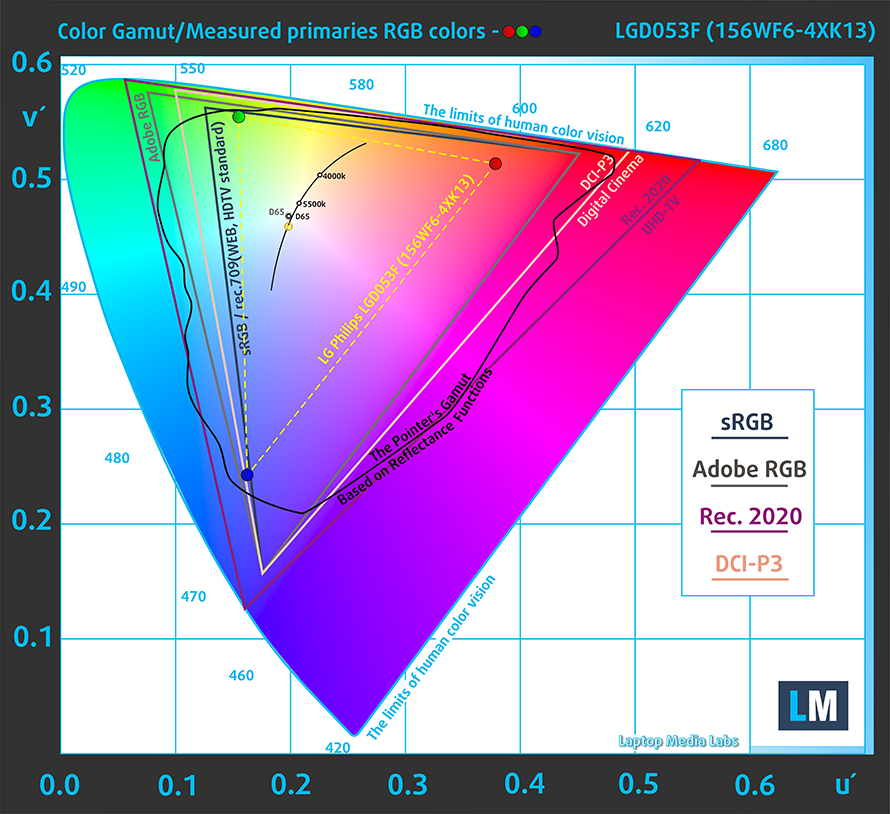 Following the contrast, there is the color coverage, where either of the devices stays on the unsatisfactory side of the spectrum – 52% of sRGB for both. However, when it comes to color accuracy, Dell G5 15 5587 excells over its successor with an average dE of 4.3 against 6.5 of its opponent. Interestingly, the newer model reduces its deficit after we calibrate them, ending with results of 3.4 and 3.6 for G5 15 5587 and G5 15 5590, respectively. 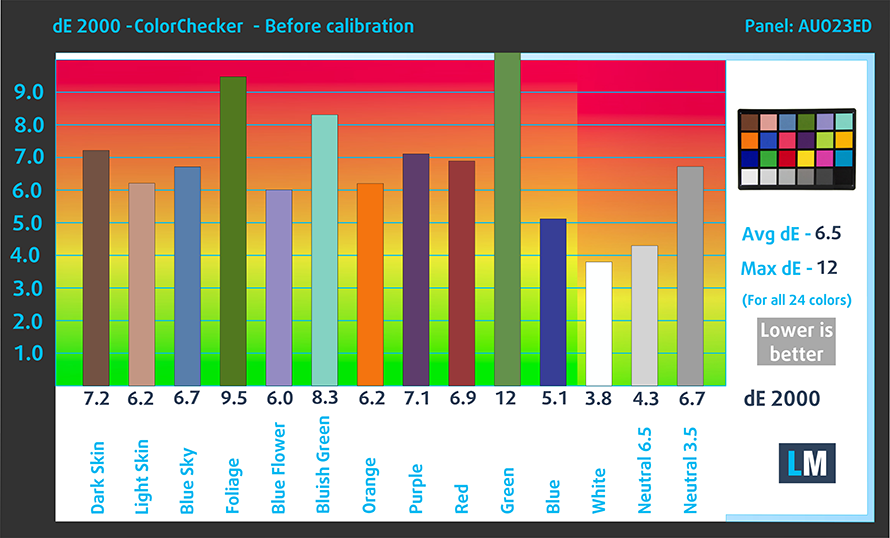 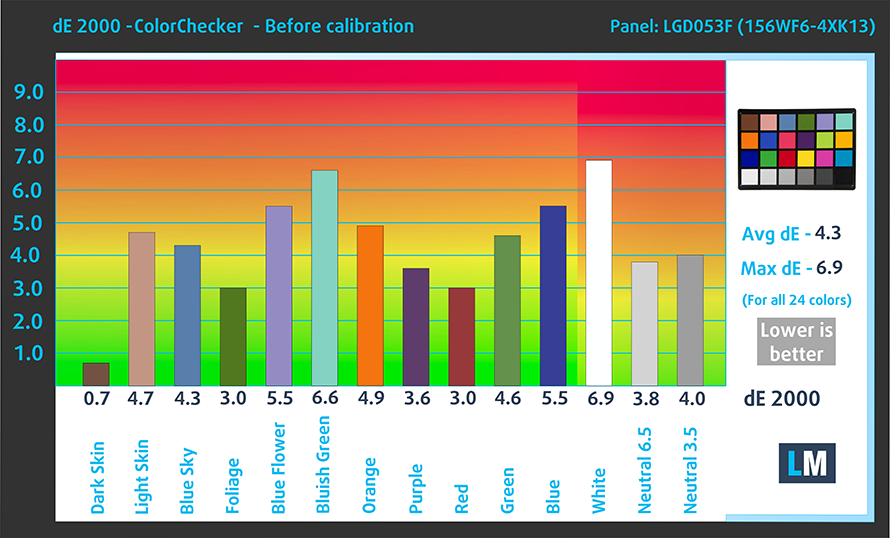 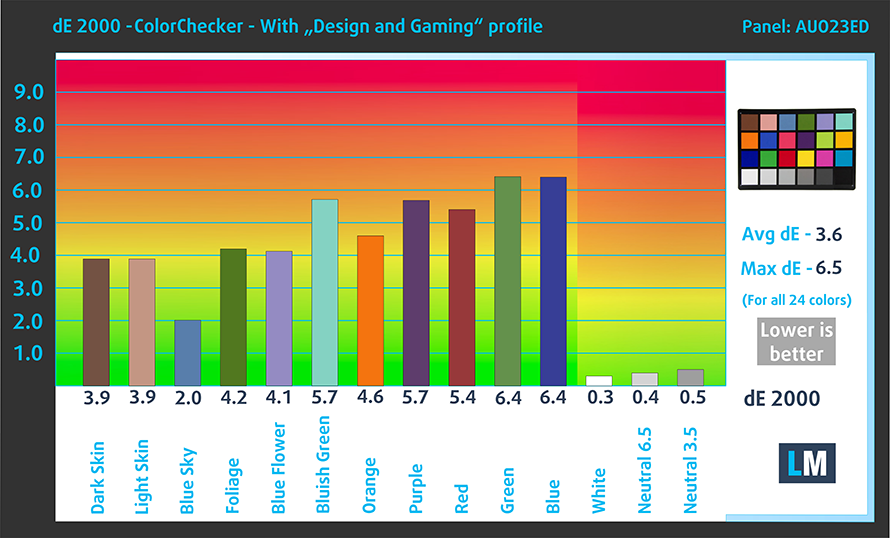 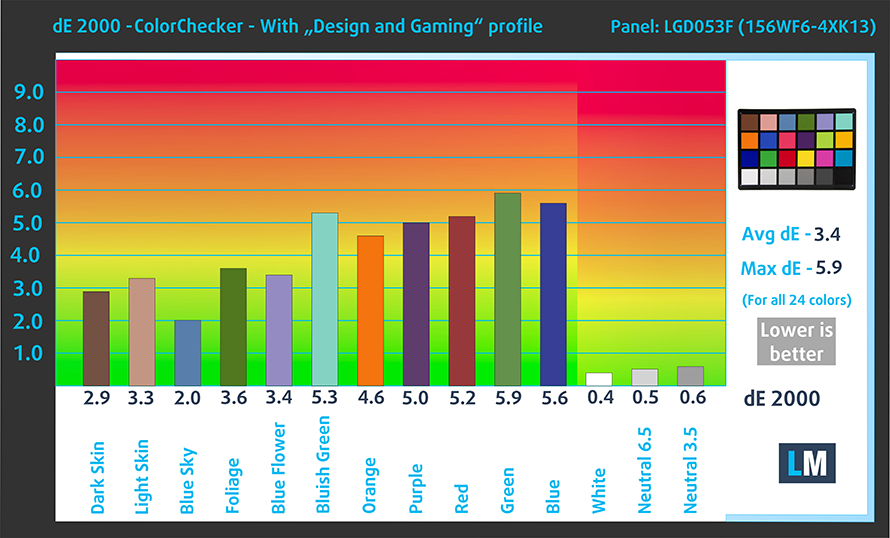 One of the most important things about a display is its safety towards the user. Here, we are happy to see that both of the laptops don’t use PWM to regulate the brightness of its screens. 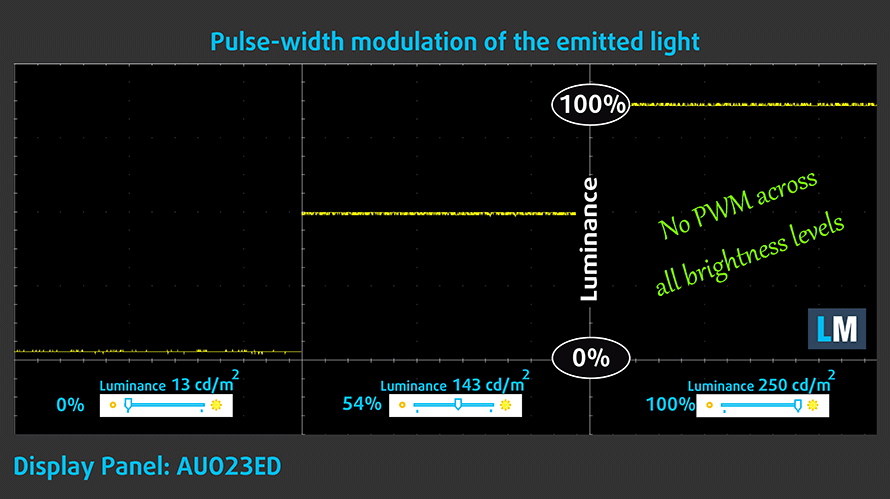 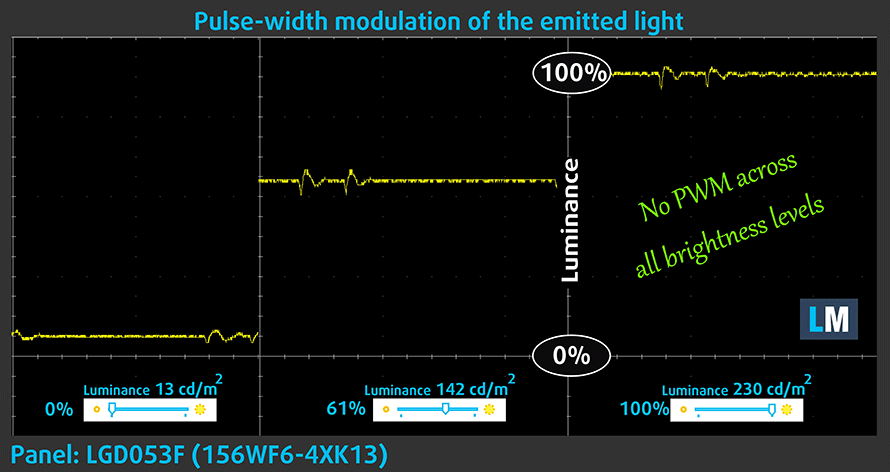 More information about Intel Core i7-8750H and its position in our Top CPU Ranking you can find HERE.

However, since we are comparing laptops from two different generations, the GPU options are quite different. With the older laptop, the GPU options top out at GeForce GTX 1060, while the newer device offers the love of RTX.

More information about the RTX 2060 and its place in our Top GPU Ranking you can find HERE.

More information about the GTX 1060 Max-Q and its place in our Top GPU Ranking you can find HERE. Dell G5 15 5590 offers a 4Wh advantage on the battery side, but will it be enough to beat its competitor.

Our devices have undergone several tests. The first one is the Web browsing test where our own script browses automatically through over 70 websites. Not only it did beat the Dell G5 15 5587, but the newer model totally decimated its predecessor – here it got 494 minutes in contrast to the 258 minutes of the older device.

The second test is for Video playback where we put an HD video on loop. Here the difference is slightly smaller, but still in favor of the G5 15 5590 – 464 minutes against 316 minutes.

In order to simulate real-life conditions, we used our own script for automatic web browsing through over 70 websites. 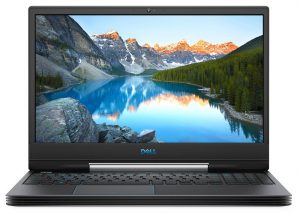 For every test like this, we use the same video in HD.

We use F1 2017’s built-in benchmark on loop in order to simulate real-life gaming.

In this test, we load the CPU cores to 100%, while monitoring the fluctuations in their frequencies and chip temperature. The first column is indicative of the computer’s response under a short load (between 2 and 10 seconds), the second column simulates a serious task (between 15 and 30 seconds), and the third column is a good indicator of whether the laptop is suitable for heavy and continuous loads such as video rendering.

Neither of the laptops was able to achieve 3.00 GHz throughout the Prime95 torture test. Interestingly, however, both of them were close to doing so, although through the opposite parts of the review. G5 15 5587 started off at 2.94 GHz, while the G5 15 5590 finished at 2.99 GHz. Temperature-wise however, Dell have evolved with a more aggressive approach, since the newer laptop finished at 90C – strong 16C more than its predecessor. 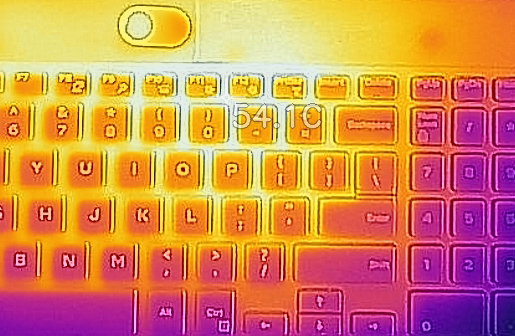 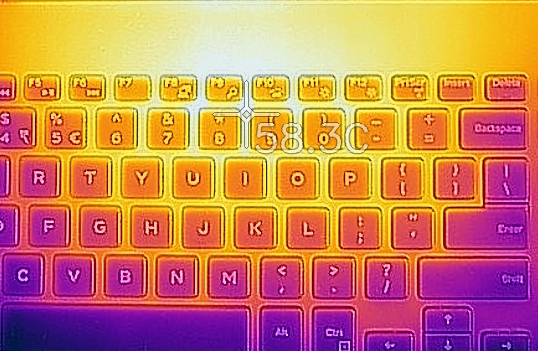 Dell G5 15 5587 was definitely a laptop that left something to be desired from. Especially, since it was a copy of the Inspiron 15 7577, this way staying a full year behind the competition from Lenovo, which had a very strong device in the face of Legion Y530 and HP, which improved their Omen with the Omen 15 (2018). And thus, here comes the G5 15 5590 to change perspective. It not only aims to improve your impression over the G-series, but it comes to solidify Dell’s positions in the low-mid priced gaming market.

It certainly improves every single aspect of the G5 15 5587 – it has a design, which looks better, has more sense to it, and feels more modern, whatsoever. Additionally, the new unit has a brighter IPS panel, with a lot higher contrast ratio. When you add to the mixture the fact that Dell nearly doubled the battery life of their new laptop, compared to the older unit.

Additionally, the keyboard of G5 15 5590 is all the way better than the one of G5 15 5587 – it has larger keys, better layout, longer key travel, and tactile feedback, compared to the mushy keys of the yesteryear’s device. In fact, there are only two things that Dell worsened with their new notebook – the lid no longer opens with a single hand and the default settings provide more inaccurate colors. Well… the weight is slightly higher but, what are 160 grams at the scale of 2.61 kg?

For a start you need to state what bios versions are on each laptop. The 5587 in particular had several bios revisions that had severe thermal/throttling issues.

Secondly, no gaming comparisons? The 5590 has better GPU options, but no quantifiable results here?