Some of you may have already tried out or read about the ASUS G751JY which was a huge hit due to its relatively lower price and integrating the latest and most powerful mobile GPU on the market – NVIDIA GeForce GTX 980M, making it a lucrative alternative to the Alienware lineup. We’ve also got a review published on our website a few months back which you can read here:
http://laptopmedia.com/review/asus-g751-review-17-inch-gaming-beast-with-the-most-powerful-graphics-card-on-the-market-geforce-gtx-980m/

However, we had the chance to come across the same notebook but with a notable difference that will be a deal-breaker for a lot of users looking for a high-end gaming notebook. We are talking about the G-Sync technology that made its way not only to the monitor market segment but also to the gaming laptop industry. The ASUS G751JY is one of the first G-Sync-enabled machines, but with a slightly higher price than its normal counterpart. That’s why we’ve decided to do another review with detailed tests about the new technology and find out whether the G-Sync display is worth the money.

The current price of the notebook can be found here: http://amzn.to/1X5ESGc

As you may have already guessed, the design of the notebook remains the same without any change at all. It’s still heavy and bulky, yet pleasing to the eye. The main use of materials is soft-touch matte plastic and brushed aluminum elements that can be found on the lid, the back side of the machine and the bottom where the battery is located. 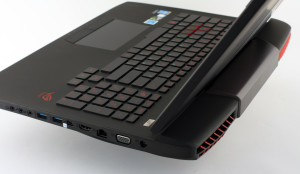 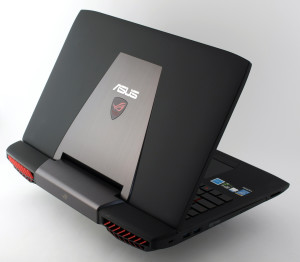 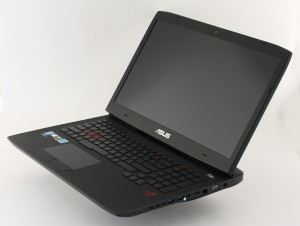 The G751JY feels sturdy, solid and great build quality is at hand, but the problem with the nasty smudges that are easily attracted on the surface of the interior still remains. Also, it feels that the matte plastic is too fragile and will surely lose its properties over time. We saw a similar occurrence we saw on the Lenovo Y50 notebook. However, this is our only complaint about the build quality and design as the keyboard and touchpad offer just spotless performance with long key travel, comfortable evenly spaced buttons and perfect responsiveness.

ASUS is shipping the G751 with three CPUs which you can choose from – Intel Core i7-4710HQ, Intel Core i7-4720HQ and 4720HQ, but whichever you chose will bring the desired performance for gaming. Nevertheless, the same cannot be said about the GPU. You can go for the high-end NVIDIA GeForce GTX 980M or the GeForce GTX 970M. Storage options vary from 1TB HDD to 2TB HDD and an additional 128GB or 256GB M.2 PCIe x4 SSD. But the best part of the notebook is the display itself – 17.3-inch Full HD IPS panel with matte finish and available with G-Sync technology.

Interestingly enough, however, ASUS didn’t integrate a different display but rather used the same panel from last year’s version – LG panel with model number LP173WF4 SPD1. This time around the gorgeous screen includes the so-called G-Sync chip for smoother gameplay. We played around a bit with GTA V and Metro: Last Light with settings set to maximum and the results were more than satisfying. Every frame and scene appeared to be smooth and somehow appeared to be “alive”. Still, we need more time to test the machine’s performance with the G-Sync to come up with a more thorough verdict. This will be further explained in our full review of the model.

As mentioned earlier, the chassis remains unchanged from last year’s model so the same upgrade options and way of accessing the internals can be found here. You can see on the photos below that show the main service cover being opened revealing the most common upgrade options – two 2.5-inch HDD/SSD slots, RAM chips and one M.2 PCIe x4 SSD. Unfortunately, the battery still can’t be accessed by the end user. 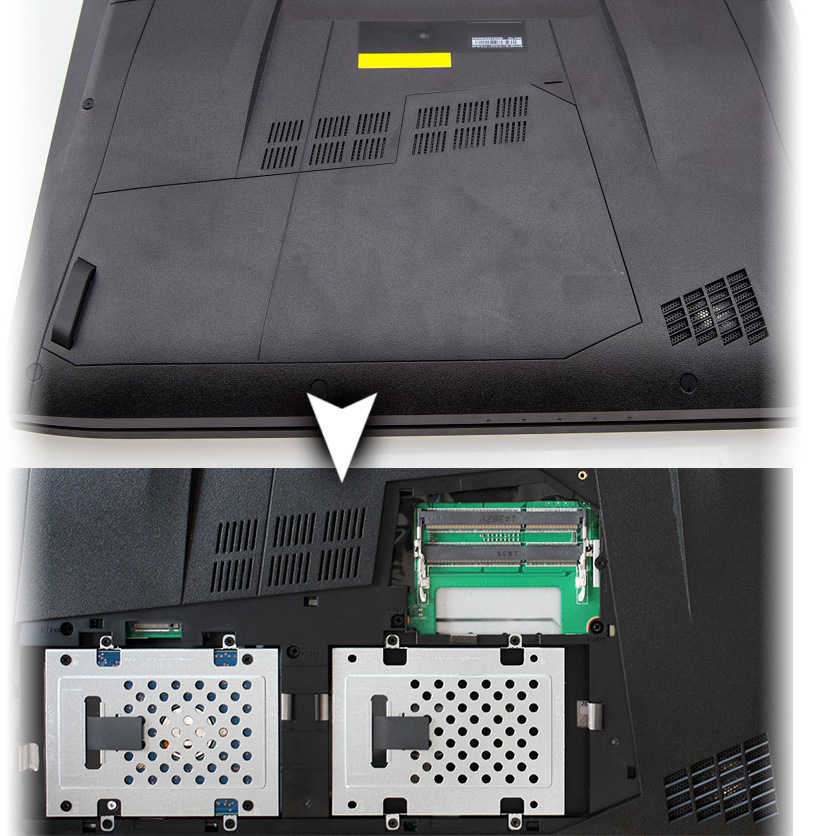 Tech specs may differ depending on your region.