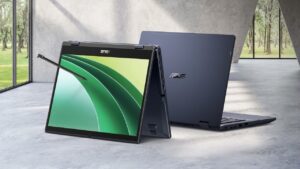 A portable convertible with a chip on his shoulder, the ExpertBook B3 Flip is here to prove that despite all the hype that Alder Lake is generating, Tiger Lake is still a very capable platform that is far from being done in the laptop world, offering great performance and power efficiency.

With the arrival of the 12th Gen Intel processors, we expect some devices with Tiger Lake to go down in price, which will be of great value, so you should be on the lookout if you want a bang for the buck device and don’t care about hybrid architectures and whatnot.

As for today, we are giving you a quick overview of the ASUS ExpertBook B3 Flip (B3402). 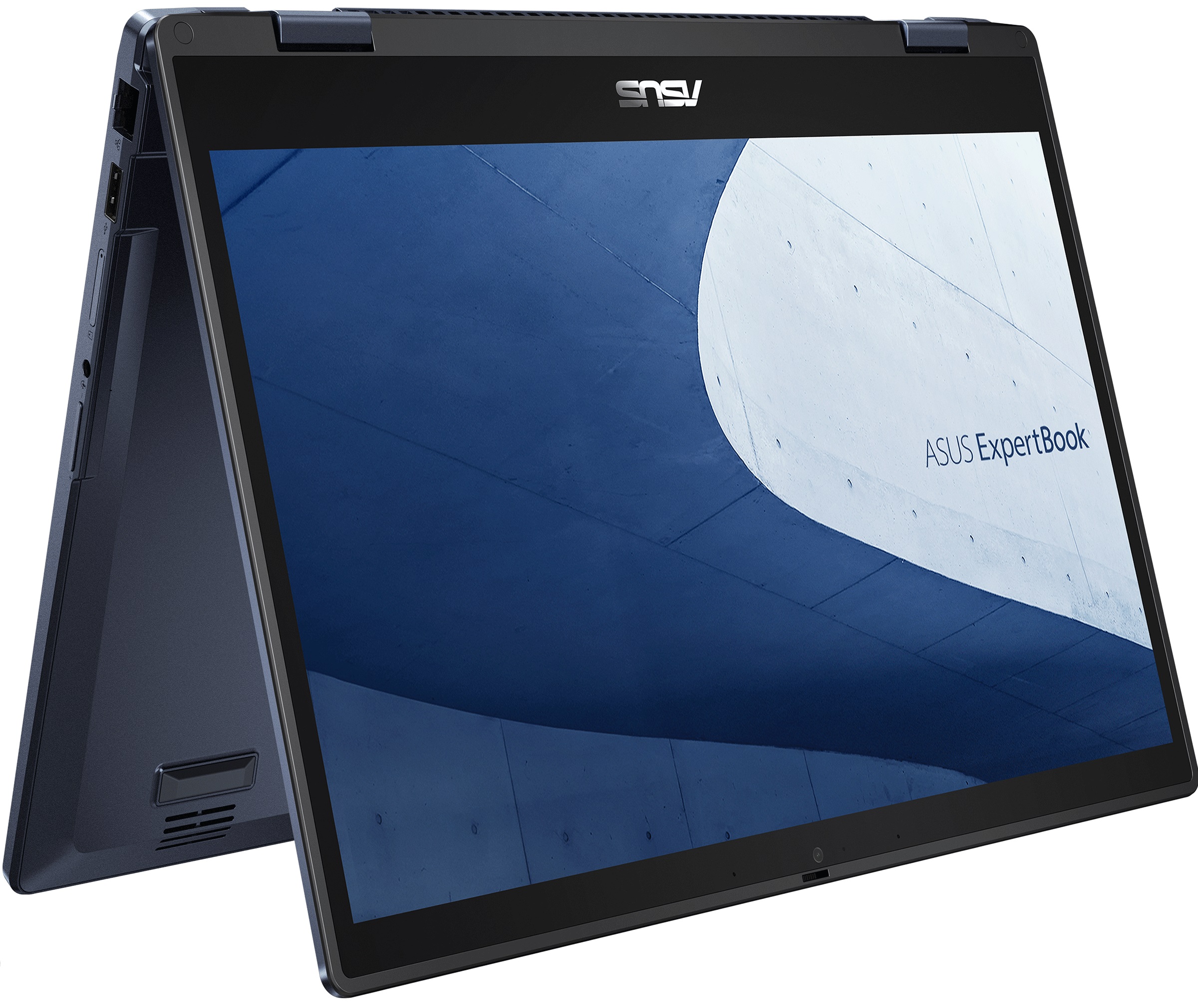 Similar to other ExpertBook devices, this one also comes with an aluminum chassis in a Navy blue color that has passed the MIL-STD-810H certification, which includes a multitude of tests, including a drop test, humidity test, an extreme temperature test, a shock test, and a vibration test. All in all, the notebook can survive its fair share of abuse. The design includes rounded corners and sharp edges. In terms of dimensions, the laptop stops the scales at 1.61 kg and has a profile of 19.5 mm. 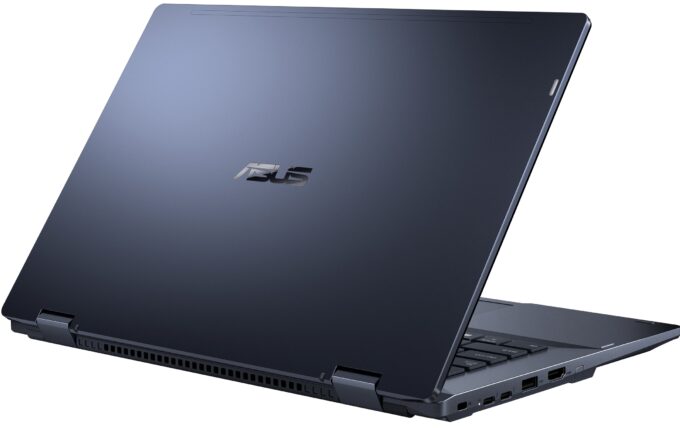 There is a single display option, with a 14-inch diagonal, Full HD resolution, and an IPS panel. The display comes with several configurations, with a max brightness of either 250 nits or 400 nits, with the latter also sporting 100% sRGB coverage. All models come with stylus support, which is hidden inside its enclosure. 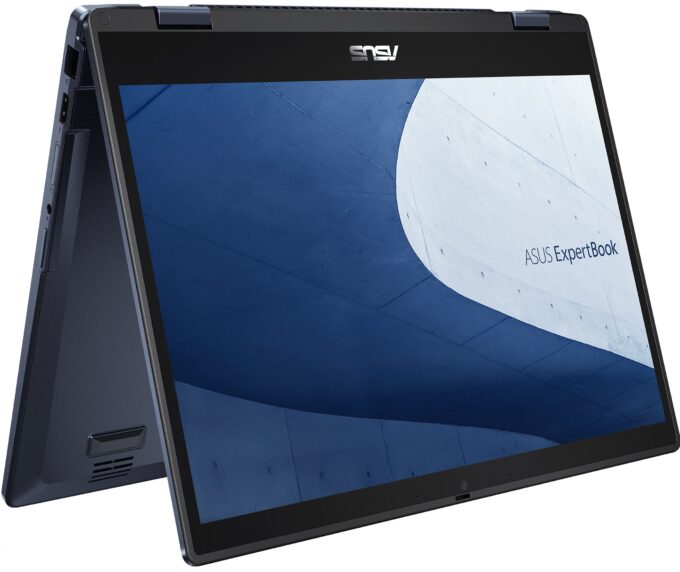 There are three CPU options, each with its iGPU. The base model offers the Core i3-1115G4, which has two cores, four threads, and the Intel UHD Graphics Xe G4, which has 48 execution units and is great for daily tasks and nothing more, same as the Core i3.

Next, we have the Core i5-1135G7 and the Iris Xe Graphics G7 with 80 execution units, which is slightly more performance, with four cores and eight threads. This combination can handle heavier stuff, but you still have to factor in the 15W TDP, so don’t go overboard. The G7 iGPU can handle some gaming with esports titles being the focus.

The last option is the Core i7-1165G7 and the Iris Xe Graphics G7 with 96 execution units. This combo is just fantastic, with a mix of performance and efficiency. The GPU is also very capable, and we have seen it first hand, manhandling the MX330 from NVIDIA and other MX-series GPUs.

In terms of features, the laptop is packed with ports, with two USB Type-A ports (one 2.0 and one 3.2 Gen. 1), two Thunderbolt 4 ports, an HDMI 2.0a port, a MicroSD card reader, an Ethernet connector, and a 3.5mm audio jack. 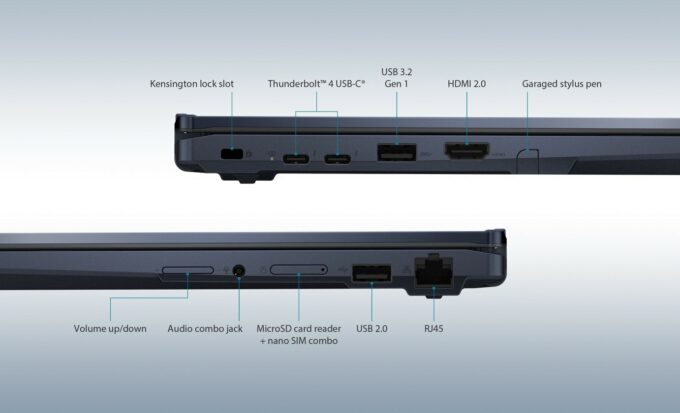 All ASUS ExpertBook B3 Flip (B3402) configurations: