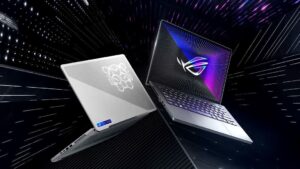 The Zephyrus G14 is one of our favorite laptops that we have had the pleasure of reviewing. It pretty much sums up how the industry has transformed, from big and bulky gaming machines, which still exist to this day, to slim and portable notebooks that are great performers and also bring features that are more akin to productivity devices.

The design of gaming laptops has evolved as well, becoming sleeker, while not skipping out on the small details that pay homage to these brands that have been around for decades.

The Zephyrus G14 (GA402) brings a Zen 3+ CPU along with RDNA2 graphics, which is a complete AMD package. The duo will work better together, taking advantage of AMD Smart Technologies.

Today we are giving you a quick overview of the ASUS ROG Zephyrus G14 (GA402). 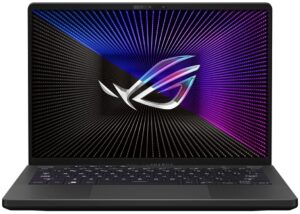 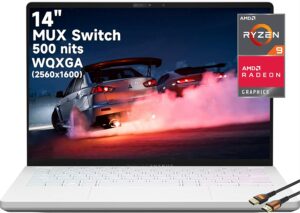 Similar to last year’s G14, this one gets the same aluminum treatment, along with the Anime Matrix, which is now improved, featuring smoother animations. If you don’t want the matrix, the laptop is also available with a prismatic film, which shines with several colors. Both of them look great and make the laptop appear like a living being. The device comes with chamfered edges, rounded corners, and an ErgoLift hinge that keeps the base lifted up, improving the airflow. In terms of weight and height, the laptop stops the scales at 1.65 kg and has a profile of only 18.5 mm.

Here you can see the laptop in its two available colors, Moonlight White and Eclipse Grey. 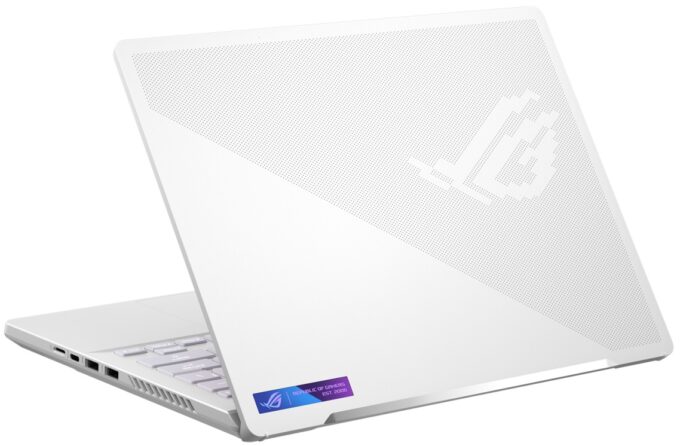 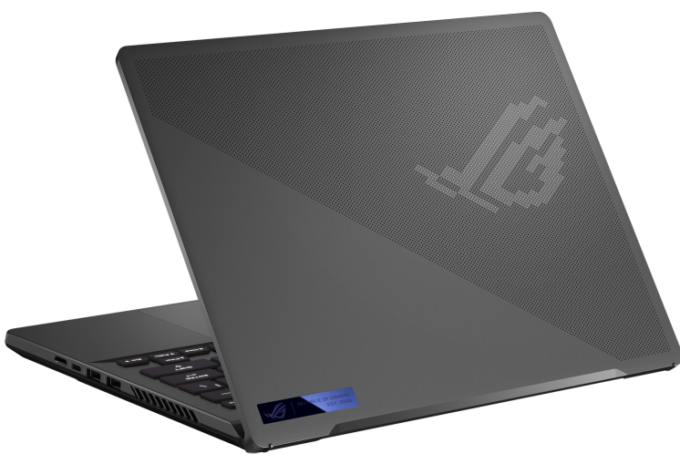 For the display, you only get a single option, with a 14-inch diagonal, a 16:10 aspect ratio, and QHD+ resolution. With a 120Hz refresh rate, games will run smoothly, while the 100% DCI-P3 coverage and Pantone validation ensure that you can use the device for professional color-sensitive work. 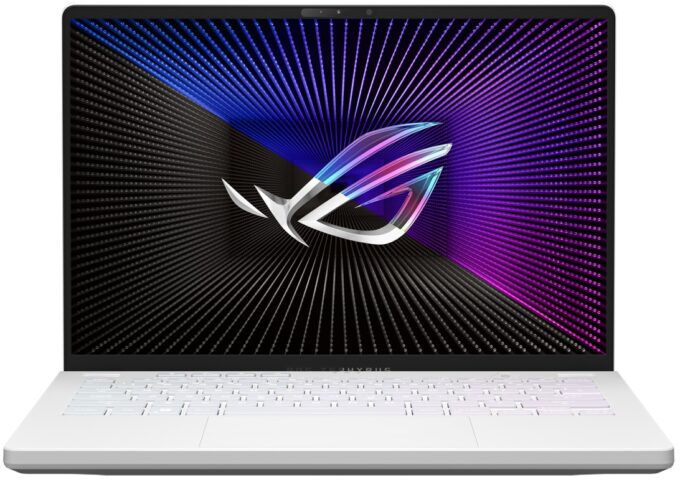 The Ryzen 9 6900HS looks to be one of the most powerful mobile chips that AMD can offer as of now, bringing a refreshed architecture, 8 cores, 16 threads, and 20MB of cache, which will allow for heavy 3D and 2D Rendering to take place. For graphics, you have the AMD Radeon RX 6700S and 6800S, which are part of the new S-series of AMD GPUs that are created specifically for smaller form factor laptops that still want to remain powerful.

The AMD Smart Technologies includes Smart Access Memory, which allows the CPU to access the full bandwidth of the GPU’s VRAM, and SmartShift Max, which can transfer power from the CPU to the GPU and vice versa, depending on the system’s needs.

The keyboard gets a backlight, with either a White or a single zone RGB.