Slowing down from the bigger Summit E16 Flip, which is a very large device. That comes with its own can of worms, with the added weight and the sheer volume of the device being too much for some consumers. If you wanted that but in a smaller package, MSI has the Summit E14 and E14 Flip. Obviously, there have been some cutbacks, mainly the lack of discrete graphics, which might be a big selling point for some.

The laptop does have several differences depending on if you get the convertible option, or not. For starters, there is the 360-degree hinge, which is great but doesn’t have any lever mechanisms to improve the cooling. On the other hand, the standard clamshell laptop has one, which from the photos works quite well, but we still have to evaluate it ourselves, if we get the chance to review it. The design itself is great, with a sleek black paint job, a silver MSI logo on the lid, which looks really good. Sadly, MSI gives no information about the build materials, but we would expect at least a metal lid and a plastic chassis. In terms of dimensions, both laptops weigh 1.60 kg and have a profile of 17.9 mm. 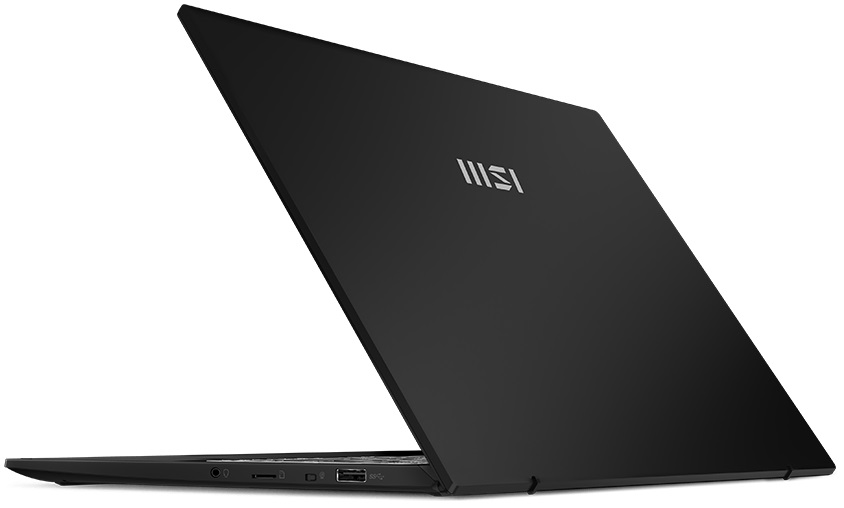 Both laptops come with two Alder Lake P-series CPUs with the Core i5-1240P and the Core i7-1260P, which have both P-cores and E-cores, equating to a better mix of performance and efficiency. Graphics-wise, there are both the 80EU and 96EU versions of the Iris Xe Graphics G7. With this combination, you have a slim device with supposedly good performance and a long-lasting battery, especially under Windows 11, which has a new scheduler that does a better job at distributing tasks between the cores depending on the load. 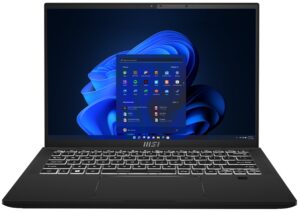 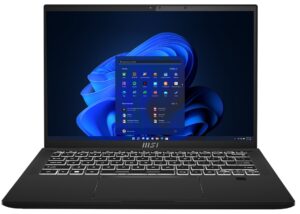