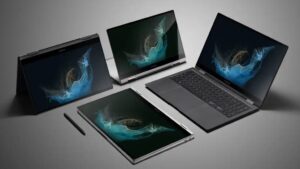 Samsung is really stepping up. The company has developed a strong portfolio of mobile devices and wearables and they have been really trying to enter the laptop world. It’s a known fact that they have the manufacturing capacity to enter any electronics territory, and with these two devices, they are making a bold claim in the laptop space.

The Galaxy Book2 Pro 360 comes in two screen sizes, while also offering a convertible chassis with Alder Lake processors and OLED displays. Not only that, but in some regions, they actually arrive with Arc dedicated graphics, which would be the first time that we are seeing them in action. 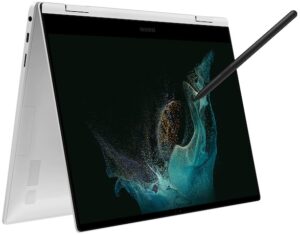 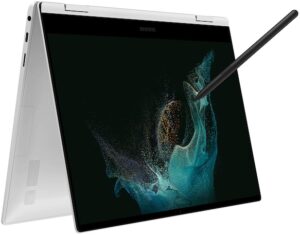 The design is very similar to the regular, non-convertible Galaxy Book2 Pro, including an aluminum chassis with sharp edges, rounded corners, and a glass display cover, which should result in a fairly rigid and durable lid. The lid has a small Samsung logo that is off-centered, along with an anodized finish, giving it a premium feel to the touch. 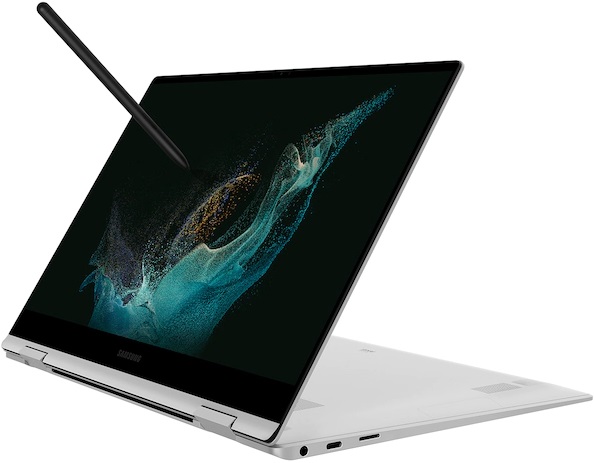 Both laptops come with the same Full HD OLED panel. There are no details about the characteristics of the display, as Samsung only advertized the 1000000:1 contrast ratio. 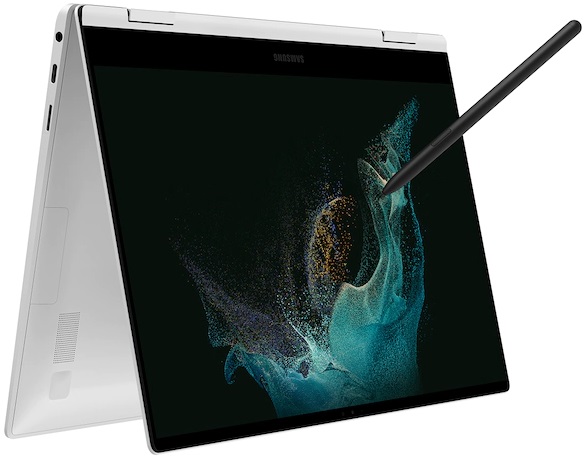 Hardware-wise, there are two Alder Lake P-series chips, which come with the same core and thread count. They differ in the size of their cache and clock speeds, with the Core i7-1260P clocking higher in the base and boost clocks. For graphics, the integrated Iris Xe Graphics G7 is confirmed to be here, while there are rumors and some product specifications of the laptops being offered with Arc graphics, with the least powerful Arc 3. You can learn more about Intel’s Arc graphics here.