[Specs, Info, and Prices] Acer Chromebook Spin 514 – a new AMD-powered device for both the everyday consumers and the on the go workers

LaptopMedia.com News [Specs, Info, and Prices] Acer Chromebook Spin 514 - a new AMD-powered device for both the everyday consumers and the on the go workers
From: Severin Kolakov 13 January 2021 / 05:04 | 0 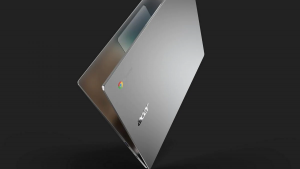 Chromebooks have been fantastic budget devices that are great for most consumers, that only browse the Web or watch videos and movies online. Students have also benefited from their existence quite a lot.

Being able to purchase an inexpensive machine that does everything that you need it to without compromising performance is great. There is also the fact that you can run apps off of the Play Store, which makes the platform an even more tempting option.

Today we are here to look at the newest Chromebook from Acer, which utilizes the entry-level Ryzen 3 and Athlon processors.

The Acer Chromebook Spin 514 will be available in North America in February, starting at $479.99.

Here you can take a look at the prices and configurations of the Acer Chromebook Spin 514 (Ryzen 3/Athlon): https://laptopmedia.com/series/acer-chromebook-spin-514-ryzen-3-athlon/

Here you can take a look at the prices and configurations of the Acer Chromebook Spin 514 (Ryzen 5/Ryzen 7): https://laptopmedia.com/series/acer-chromebook-spin-514-ryzen-5-7/

The design of this Chromebook, while being quite generic and slightly resembling a MacBook, is still good and sleek. The Chromebook uses anodized aluminum alloy for the lid and plastic for the rest of the body. This should make the convertible have a more premium feeling. The 360-degree hinge makes the machine quite versatile, allowing it to be used as a tablet. With a weight of 1.55 kg, it’s not the most portable device, but the convertibility aspect, we believe, makes it worth the extra weight. 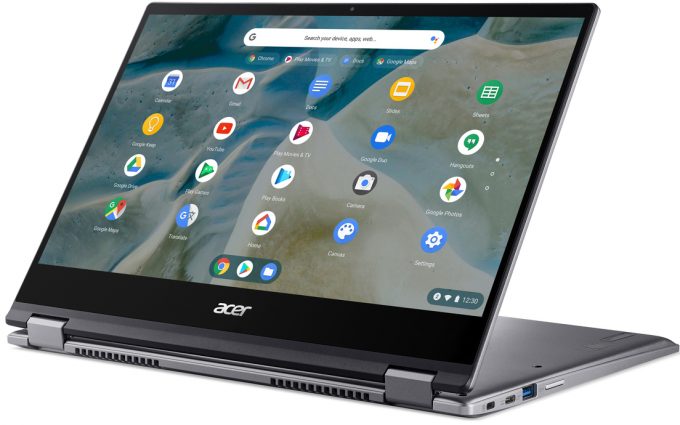 This Chromebook is available with five different CPUs: two Athlon processors, one Ryzen 3 option, one Ryzen 5 processor, and lastly one beefy Ryzen 7 CPU. With Chrome OS being not that power-hungry, you can expect a great overall experience using this device. The CPUs come with integrated graphics that range from the Radeon RX Vega 3 all the way to the Radeon RX Vega 10, which should handle high definition videos and movies without breaking a sweat. The laptop can be bought with up to 16GB of RAM and 256GB of SSD storage. 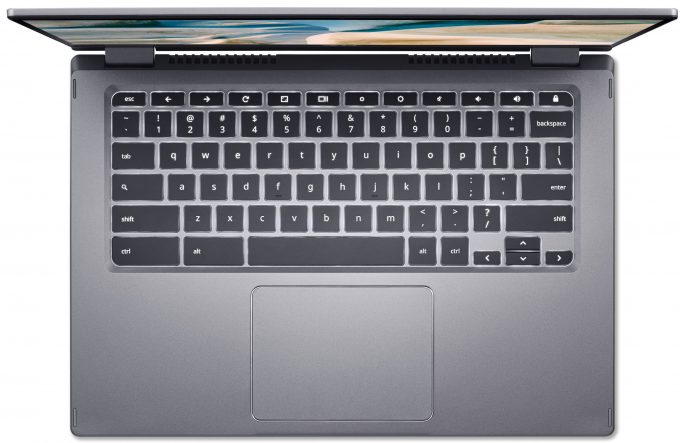 Acer has chosen a 14-inch Full HD IPS touchscreen panel for the Spin 514, which should produce good colors, considering the price. It also has Stereo speakers and supports Wi-Fi 6 and Bluetooth 5, along with a MicroSD card slot for future storage expansion. The models with Ryzen 5 and Ryzen 7 also get an HDMI port while the rest have the usual I/O of two USB 3.2 Type-A (Gen 1), two USB 3.2 Type-C (Gen 1) ports, a DisplayPort, and an Audio Jack.

Additionally, it has a MIL-STD 810H certification, meaning that it has passed the tests for survivability and toughness of the United States Military Standard. The test includes a 4-foot drop, which the device survived and withstood 132 pounds of downforce on the aluminum lid. Created to be a workhorse for the go, it definitely can withstand the abuse that laptops go through every day. 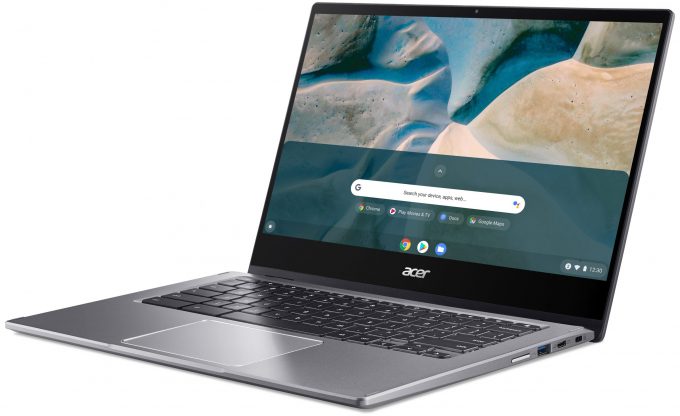 All configurations of the Acer Chromebook Spin 514 (Ryzen 3/Athlon): 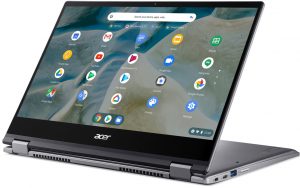 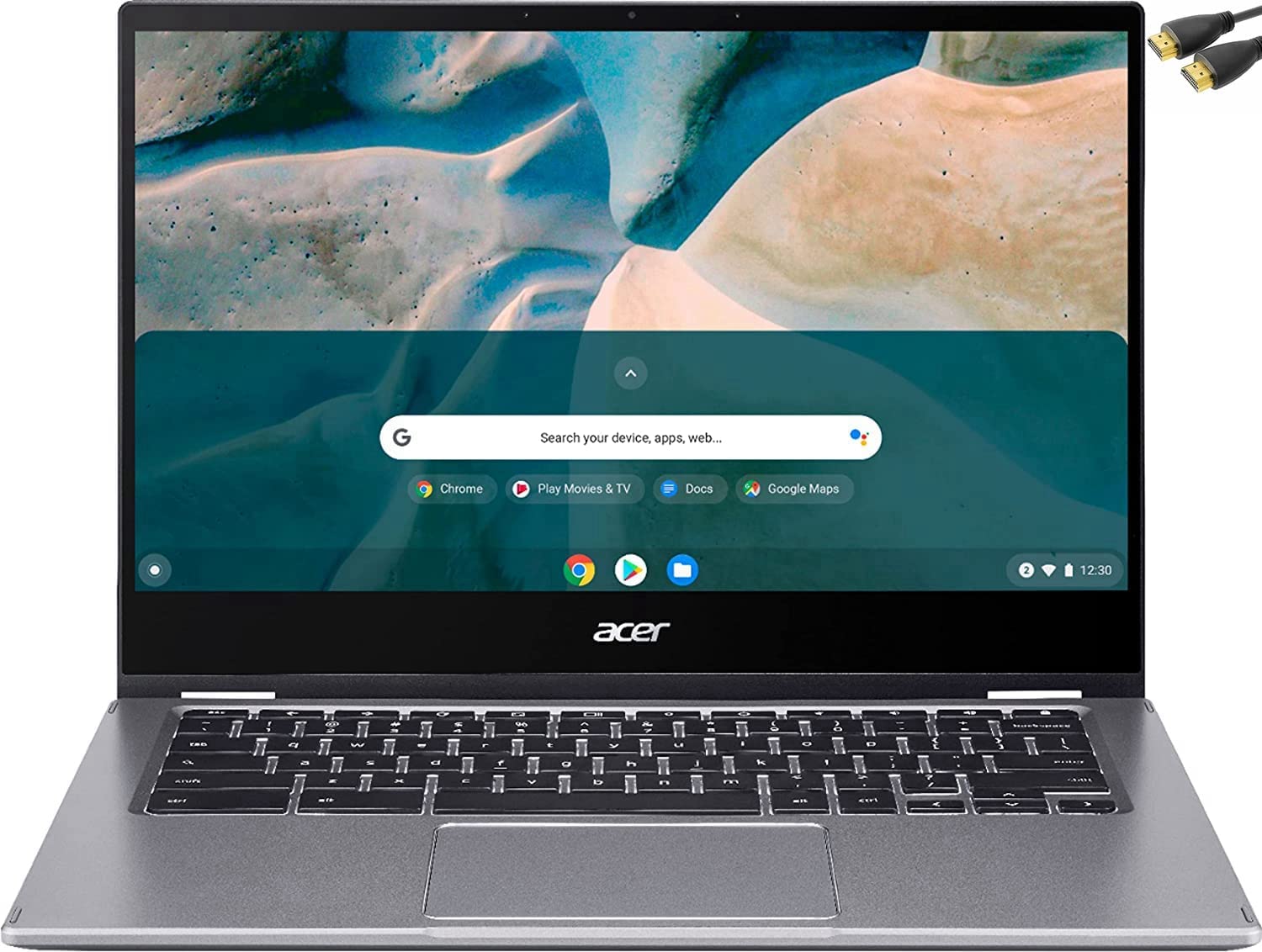